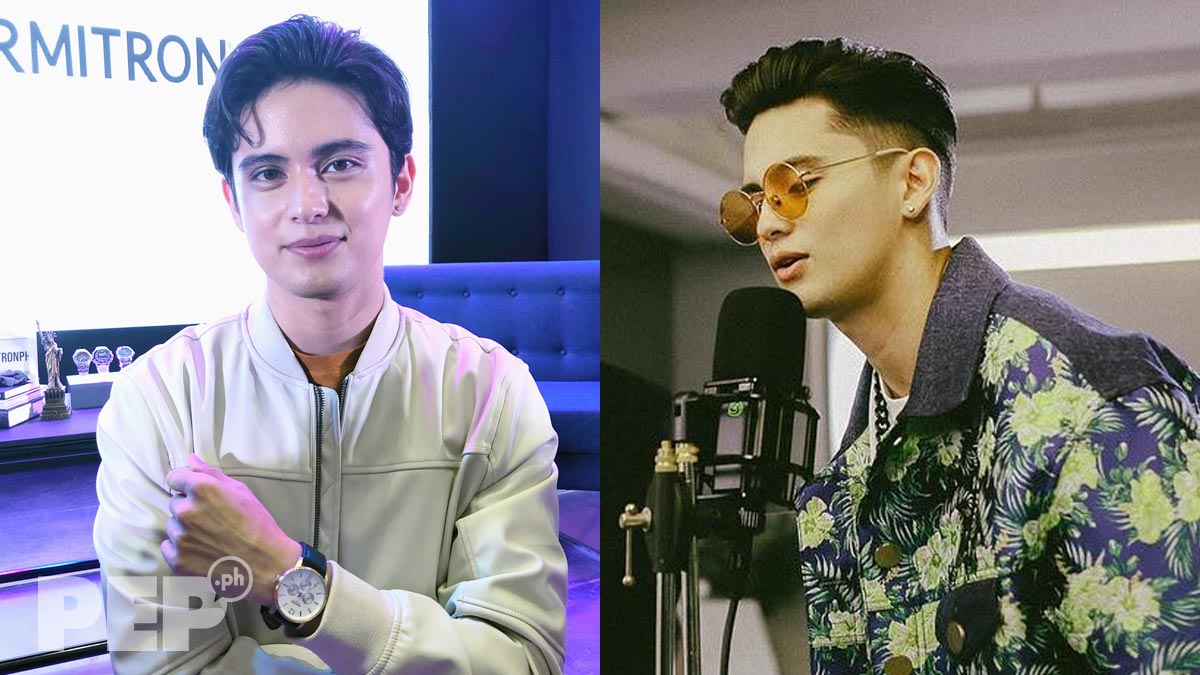 Here's how James Reid describes his management style: "You just really have to trust the process. There’s time for everything."
PHOTO/S: Photos courtesy of Justine Punzalan and @james on Instagram

James Reid is a millennial ahead of his time.

At the age of 26, he is an actor, a singer, a songwriter, and the CEO of his own music label, Careless Music Manila.

And James attributes all his feats, since winning the Pinoy Big Brother (PBB) Teen Edition in 2010, to his ability to trust his own timing.

He encourages other dreamers like him to do the same.

"You just really have to trust the process. There’s time for everything.

"So there’s no pressure. Just do whatever you feel is right."

James discussed this with PEP.ph (Philippine Entertainment Portal) and other members of the media during the launch of Armitron Watches Philippines on September 16, 2019, at the Fashion Hall of SM Megamall.

Before there was Careless Music Manila, James was a solo artist managed by Viva Records.

He released his first candy pop-tuned single "Alam Niya Ba" in 2013, then started recording songs such as "Bahala Na" and "Para-paraan" with his reel-to-real girlfriend, Nadine Lustre, a year later.

Two years since their debut, Careless Music Manila has already been making waves through their first self-titled mixtape, concerts, and other live performances.

James and his "crew," as he fondly calls them, have collaborated with global record producers.

On November 2, 2018, they performed the opening act for the American Teen Tour of American singer-songwriter Khalid in Manila.

On July 31, 2019, James and Bret released the song "Risky" which they produced with Korean DJ-Producer Avin.

Despite the success of his music label, has James ever thought of prioritizing it over his acting career?

In an exclusive interview with PEP.ph, he reveals that he has been doing his best to balance both. And while he is currently waiting for his next on-screen project, James is focusing on strengthening his crew at Careless Music Manila.

"I don't want to lose one over the other. But I'm trying to keep a good balance," he says.

"I want to balance more on the team I'm building—that I have to oversee everything in Careless....I’m just taking them as they come, but I have a lot of time to focus on music which is great.

"Because in Careless Music, once a week we have new tracks coming out, which is very exciting."

As a CEO, James describeds himself as a lenient boss, which he attributes to his being an artist.

"I'm the one who would delegate things and trust people to get things done.

"Me, I'm more of a creative. So, sometimes creating things take time."

When asked about his biggest challenge managing the label, he answers, "I need more producers.

"So anyone out there who wants to work in free music, please let me know."

So how does he keep his cool persona?

James says a lot has to do with reconnecting with himself daily. It's the first thing he does upon waking up, as it puts him in a positive vibe throughout the day.

He tells PEP.ph, "Well, if I get a good night's sleep, the best way for me to start every day is with meditation and yoga because then I can manage my time better, I can see my whole day ahead of me, then I start with a lot of gratitude.

"But on days that I don't, my mind is everywhere, it's hard to manage my day."

He further explains the need for having some quiet time daily.

Aside from nurturing inner peace, James also keeps in mind his purpose for pursuing his passion.

"Passion is something that you love to do," he says.

"But it becomes a purpose when you do it in service for other people.

"So for me, passion is making music and performing. So with the label, I'm trying to enable other artists to get that music heard and be creative."

James also credits his success to the people closest to him.

He believes that without them, he couldn't have gotten this far.

When he's not busy with shoots and music recordings, James enjoys chilling with the people close to him.

"Perfect leisure time? Just downtime with friends and family, like people really close to you 'cause I don’t get to see them that often," he replies.

How does he make time for Nadine?

"For us, when we get the chance, we like to get away from the city, out of the country, where people don’t know us.

"Somewhere we can be truly private."

The 26-year-old leading man says, "My favorite place in the whole world has to be El Nido. Island hopping there is the best. It's heaven on earth."

James and Nadine's most recent trip to what tourists refer to as "Palawan's star attraction" was last month.

They had a great time at Cauayan Island Resort.

Here's one of the actress' posts. Her caption read, "every breath, I spend it best, right next to you...i'm drowning btw..."