Brylle Mondejar happy to have been part of “That’s Entertainment” 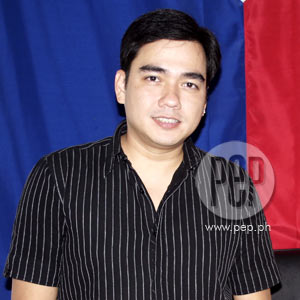 Brylle Mondejar never thought he would go into public service if not for his close friend Jigo Garcia. The 37-year-old bachelor won as Kagawad in the recent barangay elections in Barangay Obrero, Quezon City. Jigo is the Chairman of Barangay Doña Josefa, Quezon City.

Both of them were members of the Tuesday group of That's Entertainment, the show that is now credited for harnessing the talent of some our top stars today.

Brylle credits German "Kuya Germs" Moreno for making him a part of the show in 1987. Brylle was part of a band called Neo-Strad then and they were asked to guest in one of the famous host's morning show.

TUESDAY GROUP. Brylle later on became a regular of the show when he was introduced on its first anniversary. He started with the Friday group. After a few months, he got transferred to the Tuesday group because his loveteam Fatima Alvir was here.

What he liked about the show was that it was one big group of friends enjoying their time.

Brylle stayed on the show for about eight years and decided to leave around 1994.

Prior to leaving That's, he had already signed up with Regal Films doing movies like Love Boat, Tamis ng Unang Halik, Hotdog, Puto (with Viva Films). He had also changed manager, from Kuya Germs to Raul Laurente that enabled him to do concerts and shows throughout the country. Some of his co-artists under Raul then included Billy Crawford, Manilyn Reynes, Isabel Granada, and Jean Garcia.

ENTERTAINER AT HEART. By 1997, Brylle went back to the band scene, joining a showband called Kislev that performed in major hotels in Metro Manila.

With the band, Brylle was also able to travel abroad. They went to Brunei and performed for the royal family for five months around 1998.

After that, they went to Diego Garcia, an island in the Indian Ocean that is now used as a military base by the United States and United Kingdom. Their stint also lasted about five months in 1999.

He ended his stint in 2000 with the band and decided to try his luck in Japan. He stayed there for three months, singing in karaoke bars. He returned to the country enjoying the fruits of his labor as an entertainer by putting up a food stand business and traveling abroad. He also made sure to reconnect with his friends from showbiz.

PUBLIC SERVICE. Through the years, Brylle has kept his friendship with fellow That's members Jigo Garcia and Miguel Espinosa. They would go out on dinners or play Airsoft (simulated war games).

One of the influences that Jigo had on him was to run for a local position in the barangay.