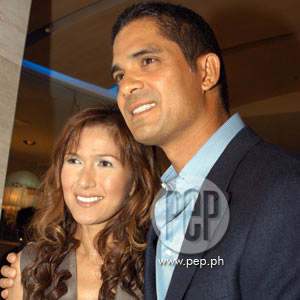 According to Atty. Sixto Burgos Jr., head of the NBI Anti-Kidnapping, Hijacking, and Armed Robbery Division, David Bunevacz was told by one of his business associates in the Beverly Hills 6750 Cosmetic Surgery and Skin Institute to leave the country "before anything bad happens to you."

The next day, December 6, David and his wife, Jessica Rodriguez-Bunevacz, flew to the United States for their annual holiday vacation in observance of the Christmas season.

TRUST TURNED TO MISTRUST. David and Jessica used to be part of the high-end beauty aesthetic clinic located in the highly industrial city of Makati. In an article written by YES! and PEP (Philippine Entertainment Portal) editor-in-chief Jo-Ann Maglipon last December 13, David's sharp business acumen when it comes to planning and conceptualization reportedly prompted the owners of the clinic to name him as president and chief executive officer. He was also rewarded with a substantial chunk of the company shares. That generosity even extended to David's wife, Jessica, who was given free reign in handling the fledgling business's PR and promo activities.

The former decathlete, according to the PEP article dated December 13, did not have to shell out any amount to be admitted as one of the partners. "His equity was his business acumen," wrote Maglipon, as relayed to her by a businessman source who requested anonymity.

However, some sources took note that the Bunevacz's apparent insatiable taste for the "good life" caught the attention of the real owners of Beverly Hills 6750. Suspicions soon grew inside the organization that the couple was using company resources to finance their alleged lavish lifestyle.

Last October 20, during the finals night of Celebrity Duets [in which Jessica was a contestant], David stole the limelight when he publicly presented a brand new BMW X5 as a wedding anniversary gift to his wife. The price of the SUV is said to be around 5.6 million pesos.

Several weeks later, David was reportedly beaten up by some of his associates, who accused him of sifting through the company coffers to satisfy his personal needs. The incensed party, intimated by a source, then asked David to leave the country to escape further threats to his life.

MANHANDLED. Senator Bong Revilla himself admitted in the December 15 episode of Startalk that he received a call from a distressed Jessica asking for his help. He then recommended that the beleaguered couple should bring the sensitive matter to the NBI.

Bunevacz's complaint verified Maglipon's story that narrated how David got into a heated discussion with some people who "started hitting him with their fists, their feet" somewhere in Greenhills, San Juan City, last November.

"He [Bunevacz] claimed that he was manhandled and his ears boxed. He also said that the group forcibly took his Porsche, a watch worth P1 million and his cell phone," said Atty. Sixto Burgos Jr. who is the head of the NBI Anti-Kidnapping, Hijacking, and Armed Robbery Division.

The Bunevaczes, according also to Atty. Burgos, have requested the NBI to provide them with security personnel to ensure their safety.

David also defended himself against embezzlement issues by saying that all the expenses he made were justified.

Although the couple is scheduled to return home in January 2008, Showbiz Central announced last Sunday that David and Jessica would address the issue this week through a live feed from the U.S.