AGB Nielsen is prepared to defend its integrity in court 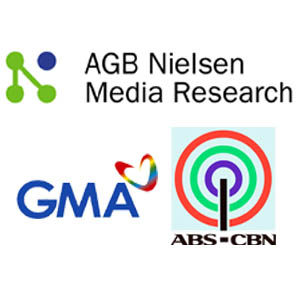 The two-page letter was faxed to PEP (Philippine Entertainment Portal) earlier today, December 19. Ms. Reforma expressed disappointment: "The filing of the suit by ABS-CBN against us without full observance of this provision is by the terms of our contract premature, and is extremely disappointing."

She explained that she had previously told the Kapamilya network that they were already in the process of investigating the anomaly. In fact, she states, "We initiated an investigation and informed the industry and all stakeholders that certain panel homes had been contacted by representatives of parties being linked to GMA-7."

Ms. Reforma ends her statement by saying that AGB Nielsen is confident about the quality of their data and that they are "prepared to defend the integrity of its ratings data before the courts."

In a press statement, Maya Reforma, AGB Nielsen general manager, said that it had previously advised ABS-CBN it was undertaking an exhaustive investigation into the activities of GMA and analyzing whether or not these activities had an impact on viewing data. She added that its contract with ABS-CBN expressly grants AGB Nielsen a reasonable period not to exceed one month to investigate issues concerning quality of data and present its findings in writing. "The filing of the suit by ABS-CBN against us without full observance of this provision is by the terms of our contract premature, and is extremely disappointing," she added.

Ms. Reforma further stated that the company takes seriously any allegations of alleged attempts to influence results of ratings through unethical practices. "This is standard practice for our company which constantly makes vital investments to protect the integrity of our services," she said.

Reforma said, "Truth is, it is AGB Nielsen itself which is seeking industry guidelines over media firms' conduct of promotional campaigns to improve their reach in certain, areas, especially in the provinces."

She said part of these promos which AGB Nielsen has uncovered involve house-to-house sales pitches to improve ratings from parties being linked to a network.

The complaint filed against AGB Nielsen is anchored on allegations that network GMA-7 had been able to discover the identities of some household participants in AGB Nielsen's data gathering system reportedly in the guise of conducting its house-to-house promos and AGB Nielsen's failure to heed ABS-CBN's demand to immediately cease releasing the perceived unfavorable ratings as a consequence.

Household participants in the survey panel are members of families who voluntarily sign up to take part in AGB Nielsen's TAM (Television Audience Measurement) panel research. The identities of TAM participants are kept strictly confidential.

Reforma said that AGB Nielsen had been in constant communication with ABS-CBN since the issues were raised on Nov. 20, 2007. "We initiated an investigation and informed the industry and all stakeholders that certain panel homes had been contacted by representatives of parties being linked to GMA-7. This was done byAGB Nielsen to secure the cooperation of the industry to improve self-regulatory guidelines for promotional campaigns of this nature and to ensure the transparency of the investigation process."

Despite AGB Nielsen writing to ABS-CBN asking to be allowed to complete its investigation and requesting evidence to support the station's claims, ABS-CBN sent AGB Nielsen a demand letter, asking for the total shutdown of its ratings service.

However, Reforma said until such time as there is hard evidence to indicate the ratings data had been unduly influenced by GMA's activities, it would continue to provide data to the marketplace.

"AGB Nielsen is managing this difficult situation in a responsible and professional way with the support of key industry bodies, agencies and advertisers. To us, the involvement of the entire industry is most important in settling matters such as this, as the industry players deserve to know the real viewing habits of the public to enable them to make very critical commercial decisions.

"We therefore welcome the opportunity to present this problem to the stakeholders and let them agree to cooperate to protect the integrity of the data. The case may hopefully catch everyone's attention and force some industry reforms in terms of ethical practices and behavior. AGB Nielsen is confident that its system has been able to thwart any attempts at distorting the data, and is prepared to defend the integrity of its ratings data before the courts," said Reforma.