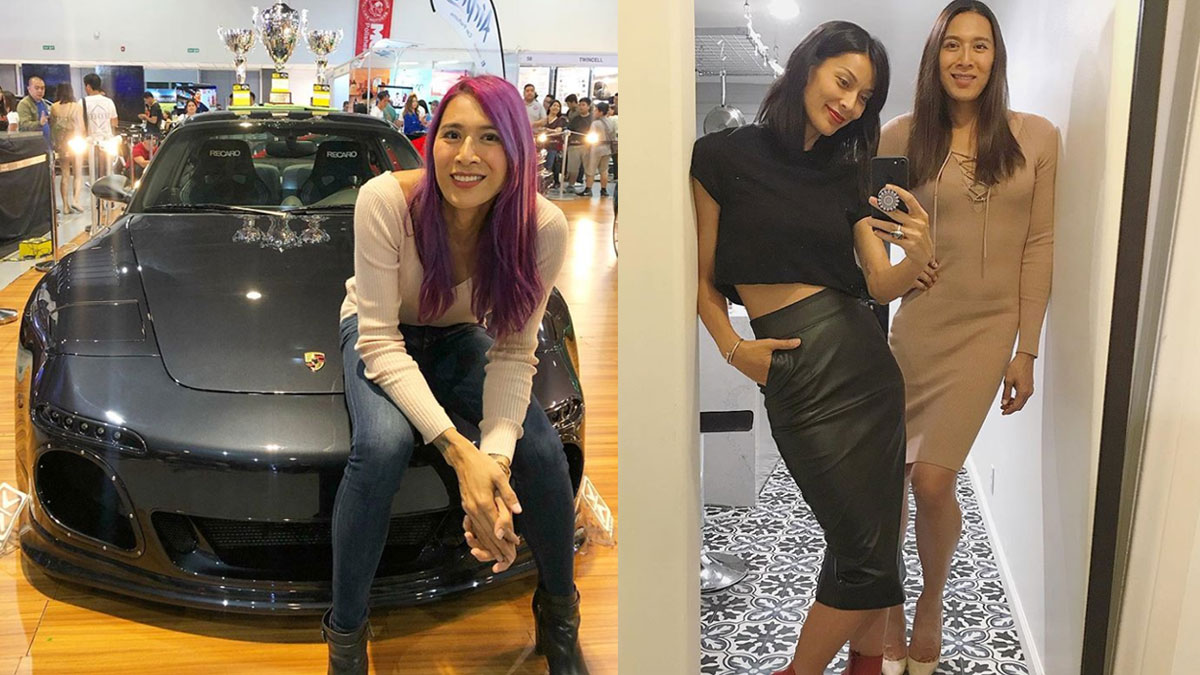 Angelina Mead King, aka Angie King, has a fixed routine that starts at 5 a.m. and finishes at 10 p.m. She only goes out socially on special occasions.
PHOTO/S: @angiemeadking on Instagram

Known as a race car driver and hotelier, Angie is also a restaurateur, a farmer and, most recently, an ecologist.

She and her spouse, international model-host Joey Mead King, are widely popular couple in and out of the LGBT community.

Angie recently hosted The Kings, a part-documentary, part-reality show that aired on TLC and depicted the highs and lows of the couple's relationship after she came out as a transgender woman on July 2, 2016.

Angie told PEP.ph (Philippine Entertainment Portal) during the recent TLC Festival, “I never go out. I go to bed at 10, I wake up at 5, I exercise,

"I do all my work, and then same. I go back to bed at 10. For me, going out is birthdays, special events.

"But in my normal life, I’m so busy that I can’t be puyat the next day... my restaurant, my hotels, the two car shops that I operate here, environmental clean-up, my farm.

"I sell bags also. I import bags from Italy. I’m a vlogger also, and I go racing. What else do you need?"

Still a passionate racer, Angie has been making headlines mostly in motoring publications such as Top Gear when she wins races.

She beamed about “unofficially setting the fastest lap record for a sanctioned race."

But Angie acknowledged, "I’m [still] waiting for the statement but, unofficially, I have the fastest recorded lap. I’m far from the lap record. I’m a whole second away.”