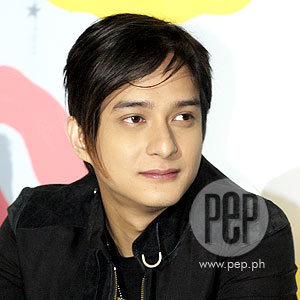 Ryan will spend the Holiday season promoting Sakal Sakali Saklolo, the movie sequel he topbills with sweetheart Judy Ann Santos. Their highly successful Kasal Kasali Kasalo last year not only reaped awards and hit a box-office record, it also encouraged couples to take up pre-marriage counseling. While he's happy with his experiences as an actor, Ryan wants to do show-hosting again.

"After Christmas, we fly to the States for the premiere of Sakal Sakali Saklolo. Malamang vacation will happen after all SSS duties are done."

Ryan looks forward to the premiere screening of the movie in the U.S. Last October, he flew there to support girlfriend Judy Ann Santos during the premiere of Ouija. But almost all the scheduled premieres were cancelled at the last minute. Ryan said they will be flying for the SSS premiere on the second week of January.

Ryan does not feel any anxiety about the outcome of SSS in the box office.

Plans for 2008. When he was interviewed last November 29, Ryan said he is still completing his contract with the Kapamilya network. His next project is said to be the second edition of ABS-CBN's Pinoy Dream Academy, where he will be the host.

"Still solidifying contract terms. Isang taon akong walang na-host. 2007 was a non-hosting year for me. It was just acting. Hopefully, 2008 will have a lot of hosting gigs," Ryan said.

Ryan is thankful though for his experiences as an actor.

"Mapra-praktis ka talaga. Si Tita Coney [Reyes], Juday [Judy Ann]. Mahahasa ka talaga. You have no choice but to really improve your craft. Otherwise, it's disrespecting them. So, maganda rin ang 2007 when I concentrated on acting.

When asked to describe his showbiz career this year, he replied, "2007 was a learning experience for me in terms of acting. I did two comedy movies [My Kuya's Wedding and SSS] and one drama soap [Ysabella]. It was really a tough year."