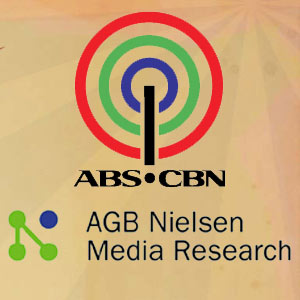 This new legal action by the Lopez-owned network against AGB Nielsen was provoked after the latter publicly released its Television Audience Measurement (TAM) data last Friday, December 21, despite the hold order issued by the court.

Both parties are slugging it out after ABS-CBN filed a P63-million civil case against AGB Nielsen last December 14 for allegedly failing to conduct an investigation on the report that an outside party had infiltrated the sample households being tapped for the television ratings survey in Bacolod.

Seven days after the matter had been formally brought to the court, the Quezon City Regional Trial Court granted ABS-CBN's request to issue a TRO against AGB Nielsen to cease releasing any TV ratings data to the public while the case is ongoing.

"Wherefore, as prayed for, the defendant [AGB-Nielsen], its employees, agents or representatives and those acting for and its behalf are hereby ordered to cease and desist from pursuing its nationwide TAM [Television Audience Measurement] data gathering activities from corrupted home panels and delivering, releasing or making known the resulting TAM data to its clients or the general public within twenty [20] days from the issuance of this Order," read the official order handed down by Judge Charito B. Gonzales.

IGNORING COURT RULING. According to the statement sent by ABS-CBN to (Philippine Entertainment Portal) today, December 26, through e-mail, the Kapamilya Network named AGB Nielsen, its board of directors, and General Manager Maya Reforma as respondents in the petition for contempt.

As revealed by ABS-CBN Chief Legal Counsel Maximilian Uy, AGB Nielsen allegedly sent a written advisory delivered through e-mail, indicating their resolve to continue delivering and releasing the TAM results despite the TRO.

"It is clear that AGB Nielsen continues and intends to continue to gather and release TV ratings data," said Atty. Uy in a statement.

Once again, ABS-CBN bigwigs argued that reports of tampering and cheating—even presumably in one area—is enough to diminish the credibility of the entire TV ratings system being implemented by AGB Nielsen.

"Any hint of tampering cannot be tolerated," declared ABS-CBN Head of Corporate Communications Bong Osorio. "AGB Nielsen has the responsibility to ensure that its panel is kept secure and [that] they only release accurate data."