Gloria Diaz spends Holidays in Manila for a change 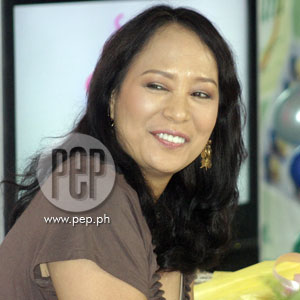 Gloria Diaz plays an adoring mother to Jed (Ryan Agoncillo's character) in the Star Cinema movie Sakal, Sakali, Saklolo that is part of the Metro Manila Film Festival 2007. The former Miss Universe also plays a doting mother to her son and two daughters in real life. This Christmas, she's glad that she'll able to stay home with the kids.

"‘Coz last year I went to New York with all my kids. Three kids plus my three nieces were also with me. They went with me to New York, so talagang I was baldado there. So, this year, quiet lang. Last year, we were in New York. We went to Las Vegas. I was the only adult there," she recalled.

Her daughter Isabelle, a commercial model, wanted to take a trip outside the country with her cousin Georgina Wilson but decided to forego that trip for summer.

"She's gonna go to Europe sana. But then, she decided to stay in Manila kasi it was so mahal and she'll be gone for only two weeks, eh, winter time pa. Which I'm happy...kasi I was afraid ‘coz my sister's daughter Georgina was going to go also. Sana silang dalawa.

"My god. It's winter time. They have to buy everything for the cold. But they decided...Georgina is going but Isabelle will stay. Summer na lang. ‘Di ba, that's better," she said.

MISSING RIO DIAZ. Since they will be staying in the country during the holidays, this will allow her to be spend time with the Diaz clan.

"We miss Rio especially during Christmas time," she said, remembering her late sister Rio Diaz-Cojuangco. Rio died of a colon cancer in 2004. She was initially diagnosed to live for only three months back in 1998.

Gloria said with a tinge of sadness, "When my sister was sick, she was sick for seven years, our whole family focused on her. And we didn't travel anywhere, except San Francisco. I think I went to San Francisco about six times in one year.

"Siguro our whole life was focused on her, being with her and stuff like that. And all of a sudden when she was gone, parang you're left with nothing. So, parang we were just rebuilding everything together again. Naiba. Naiba. But life goes on."

She also reminisced the character of her sister when she went through her illness.

"She's my youngest sister. We did not think na...But she was strong and tough. What she went through was unbelievable. What we went through... When we read her diary, she kept saying, ‘Lord, pity my family. I pity them. They're suffering so much.' She never talked about herself."

Gloria added, "She loved watching my movies. She was more into television. Siya yung pinaka-excited. People, who, she touched their lives...Many people...I was surprised because she was in movies and Eat! Bulaga for a very short time, my god, they were so close to her.

"Ako, before you get close to me, it will take a lot of time because I'm a little distant. Kasi parang... I don't know. I'm not like her. She gets really very intimate with people."