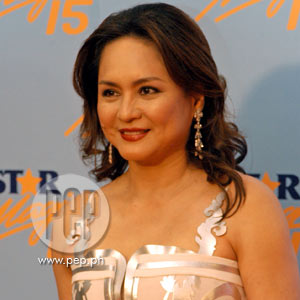 Charo Santos-Concio has been named the new president of ABS-CBN Broadcasting Network. The announcement was made by ABS-CBN chairman and COO Gabby Lopez.

Charo, whose real name is Maria Rosario Santos-Concio, is the fifth president of ABS-CBN.

Charo has been with the Kapamilya network for 20 years.

Charo, who became famous for her award-winning role in Mike de Leon's Itim, started her career at ABS-CBN on June 24, 1987 as consultant. She then worked as production director, and slowly rose through the ranks, becoming vice president, senior vice president, and executive vice president, which was her last post before her promotion.

As president of ABS-CBN, all subsidiaries and divisions will report to her. This includes Studio 23, ANC, Cinema One, ABS-CBN Publishing, Interactive, the PR Group, to name a few.

Gabby Lopez remains as chairman and COO of ABS-CBN.

The announcement was made by Gabby himself at the closing of ABS-CBN's management conference at the Camp John Hay in Baguio City this afternoon, February 29. The conference began last Sunday, February 24.

There will be a party tonight to celebrate Charo's promotion.

ABS-CBN's Head for Corporate Communication Bong Osorio said that Charo thanked Gabby for the "trust and confidence." Charo also promised to try her best to be the leader of a great network.

Charo just came from a three-month stint, from August to November 2007, at Harvard Business School, where she attended an advanced management program.

While she was still active in the acting profession, she also worked in Bancom Films, Experimental Cinema of the Philippines, AudioVision, Vision Exponents, and Regal Films, before becoming an executive producer for Vanguard Films. It was during her stint at Vanguard that ABS-CBN invited her as a consultant.