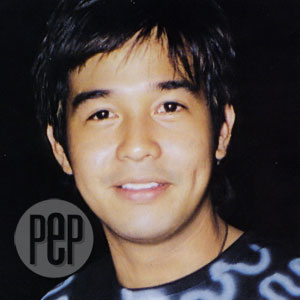 Rico Yan's bedimpled smile, youthful charm, and humility made him an icon among the youth. Six years after his death, fans remain inspired by the values he represented, on and off-screen—and they may well be also by his legacy, the Rico Yan Youth Foundation.

It's been six years since Rico Yan left his loved ones and the world of show business, yet a lot of people, especially his fans, still find it hard to believe that the talented young actor is gone.

The Marketing major from De La Salle University became a household name after people saw him in his first commercial: an astringent ad showing youthful charm and oral hygiene as the "sekreto ng mga guwapo." From then on, he was cast in many different commercials and paired up with some of the brightest leading ladies of that day. Sure, he looked like just another cute teenybopper but what really made Rico unique was his talent for charming people. Although it did help a lot that he had always looked many years younger than his age when he died two weeks after his 27th birthday (March 14).

During the Holy Week in 2002, Rico and his friends Dominic Ochoa and Janna Victoria were vacationing at the Dos Palmas Resort in Palawan. On Good Friday, March 29, Rico succumbed to hemorrhagic pancreatitis in his sleep (bangungot). It was significant that he died on a day that Christianity signifies as the beginning of true purpose in life and of salvation.

Rico in life dreamed of becoming president of the Philippines someday. As a report put it, he got a funeral worthy of one. An estimated crowd of more than 10,000 gathered at Manila Memorial Park to pay their last respects to their idol. Among the mourners gathered were Rico's friends, including Agot Isidro, Diether Ocampo, Pops Fernandez, Piolo Pascual, Janna Victoria, and his Whattamen co-stars Marvin Agustin and Dominic Ochoa. Work in some offices stopped, traffic froze and almost the whole nation watched the live coverage of Rico's final journey. (see funeral report in www.geocities.com)

The tragedy of his passing at such a young age made him a legend not only for his good looks but for his good works as well. His youthful image became embossed in the minds of his fans, turning him into an icon of values much needed as inspiration, especially for the underprivileged youth who look up to him.

Rico's death was no hindrance in pursuing his dream to help others as much as he could. His family continues his mission through the Rico Yan Youth Foundation. During his burial, two donation boxes stood beside his mausoleum for the sole purpose of aquiring funds for the Foundation. Headed by Rico's brother Bobby, the Foundation's primary aim is to help get the youth off the streets and give them the one thing Rico valued the most: Education.

So today, PEP pays its respects to Rico who made everyone shine as bright as his own star. What follows are the personal opinions of some PEPsters who still remember him affectionately as an icon in the entertainment industry.

FOREVER YOUNG. Rico's fans have lamented why Rico died so suddenly. Some even thought the news was just a rude pre-April Fool's joke taking advantage of Rico and then girlfriend Claudine Barretto's rumored breakup. Others immediately waited for news and were devastated to learn that everything was true. One fan confessed that she angrily blamed Claudine at the time, thinking that Claudine was the reason for Rico's death, that Rico might have died of a broken heart.

Nonetheless, fans would rather talk about what Rico did before he passed on and about his influence to this very day. His decency, one fan noted, outlook on life, and noteworthy humbleness molded him into a sort of anti-controversy shell that made him immune even to the most nasty of rumors.

Another fan also shared her opinion that Rico was just like Fernando Poe Jr—quiet, reserved, and helpful with or without the prying eyes of the media.

Other fans continually express how they miss him. All have kept him alive in their hearts.

Of course, there are hundreds or even thousands more stories out there about Rico. All you need to do is look back, smile and share your stories. Rico is still, and will always be, in everyone's hearts as long his memory lives.