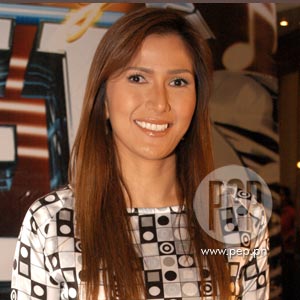 Jessica on the issues hurled at her husband David Bunevacz: “We’re really out there to really win the case, and I know, we’re gonna win it, eh. That’s why we’re very careful of the things we have to say. Parang ang pwede lang talaga naming sabihan are the things that are already out in the court.”

David Bunevacz and Jessica Rodriguez had been on the media frontline when Beverly Hills 6750 was launched in 2006. The former, who was then the president of the company, proudly flagged the clinic’s association to Beverly Hills Surgical Institute.

The original website of the clinic stated: "Beverly Hills Surgical Institute (BHSI), more than 10 years ago, started and brought aesthetic plastic surgery into the mainstream of the Hollywood community. Over the last few years, they have added aesthetic dermatology and weight loss programs to their menu of services. They take pride in their fully accredited state of the art facilities, multiple convenient locations, and the support of a strong team of medical professionals and technicians. Their facilities are located throughout Southern California, including Beverly Hills, Brea, Encino, Irvine, Long Beach, Palm Springs, Pasadena, Riverside, West Hills and Upland."

But last February 1, PEP (Philippine Entertainment Portal) broke a special report about the dubious existence of the clinic’s partner in U.S. (Click LINK 1 and LINK 2 to view the two-part report.)

On February 26, the new management of Beverly Hills 6750 confirmed the findings of PEP’s American investigator. The clinic did its own research and found that, “BHSI does not exist as a legal business entity and probably never existed as such.” (Click LINK 1 and LINK 2 the two-part report.)

In an email to PEP dated January 28, 2008, David Bunevacz countered the report that belied Beverly Hills Surgical Institute’s existence. He wrote (published as is), "Absolutely not, they had a clinic in upland, long beach, and were building out the new beverly hills location and just about finished it when they had to stop. They even asked permission to use our logo which i designed. When we started negotiations they had many locations then the partners split but I was assured that they were going to build out a new Beverly Hills location which they did start."

Jessica Rodriguez stood by the statement of her husband.

In her email to PEP dated March 17, she said, “It’s not true that Beverly Hills Surgical Institute did not exist. When the company entered into the agreement with them, their services were offered in L.A., and definitely had operational clinics there. This is very easy to verify, i do not think anyone can question that, as long as you pay attention to specific dates.”

She further wrote (published as is), “And more important than the number of clinics that they had, Beverly Hills surgical institute still owned the rights to the name, which was the only thing that David wanted to acquire for the company. It did not matter much how successful Beverly Hills Surgical Institute was, or how successful they turned out to be. David was looking out for the interest of the company—BH 6750, not Beverly Hills Surgical Institute. And he felt that, as long as they passed on the technology to the company when it was starting up, then the name Beverly Hills surgical institute was the only other thing that the company needed to begin marketing its services in the Philippines.”

On the question, who sealed the deal with the affiliate in the U.S.?

Dr. Ed Santos, the managing director of Beverly Hills 6750, had said it was just David. But Jessica clarified that the details of the partnership had been aligned with management.

Here’s her statement regarding the issue:

“Also, you have to remember that there were expenses that David had to spend to be able to close the deal with them. He would not have done that if the board of directors was not advised of the reason for the expenses.

“By the way, these expenses were not questioned by the lawyers of the company when they sent the demand letter for P1.8M. So it’s clear that they were satisfied with the purpose of the expenses, which was to close the deal with Beverly Hills Surgical Institute.”

THE CASES. At press time, the issue between David and Beverly Hills 6750 had been elevated to the court.

Two estafa cases were filed against David by his partners at the Beverly Hills 6750.

David also has two cases against the company he used to lead.

Jessica told PEP: “The first case has to do with what happened to David in Greenhills. That was filed before the NBI for the carnapping of David’s Porsche, the robbery of his personal belongings, and the beating he suffered. I think the investigation is ongoing naman, and we are very thankful that the NBI is doing its duty diligently. They even made me prepare an affidavit on my involvement in the incident. We are confident that the evidence we submitted and the admissions that they have made will be sufficient for the NBI to complete their investigation.

“The second case has to do with our rights as stockholders of the company. That was filed before the RTC (Regional Trial Court) of Makati in order to have the company subjected to a full audit. The case is moving also, but I think the lawyers of the company have been doing everything they can to withhold from the court the company documents in their custody. They keep making accusations but do not want to bring out the documents in their custody naman. What we want is to bring out the documents so that the truth will be known.”

Two more cases are in the offing but Jessica was advised by her lawyers not to discuss them before media.

In her conversation with PEP, she said: “Marami pang susunod…Ang hirap kasi it’s more them, them talking, ‘di ba? But if you see the document that they filed and yung statement nila, you will see…You will parang think, ‘My god! Gano’n pala ‘yon.’ Pero yung lumalabas sa media, iba. Parang gano’n. Iba yung sinasabi nila.

Despite the controversies surrounding them, Jessica remains positive. Some people may have been reacting negatively to the issues hurled at her husband, but Jessica says, “It’s really just one group of individuals making all these unfounded accusations.”

But she can not deny the fact that the entire ruckus has affected her family. “I have to admit that it’s a little difficult,” the talent manager said. “The family is not used to all this negative publicity. When all of this started, David and I discussed everything that happened and all the accusations that were coming out. That’s why I know how unfair this whole thing is to David and to the rest of the family.”

The fact that she and David are showbiz personalities made things even harder. At the height of the Beverly Hills hullabaloo, they weren’t here, but the press and media talked about them incessantly.

Jessica said, “What made this more difficult is because we’ve been reading the false and malicious statements against us in the media, which we would want to respond immediately sana, knowing what we know. Pero, the lawyers of David have been preventing him from responding before the media, and have been insisting that we address all our concerns before the courts instead.”

And how’s the Bunevacz family now?

“So we are coping pa din, individually, and most especially, as a family,” Jessica answered. “In fact, parang this ordeal has made the family stronger pa nga. David is the head of our family and we stand by him 101%. We are confident that when the truth comes out, we will all be vindicated.”

NEXT REPORT: Jessica Rodriguez talks about life after Beverly Hills 6750