Iya Villania: Home away from home 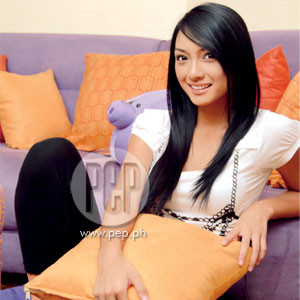 Home is where the heart is. And Iya Villania's heart is in a condominium somewhere in Mandaluyong, a 146-square-meter, three-bedroom unit overlooking the exclusive Wack Wack Golf and Country Club.


Iya shares her home with her mom, Ellen, and it is their refuge from the young star's daily grind as commercial model, product endorser, TV host, movie star, VJ, and college student. The tight security is also one of the reasons why they chose to live here instead of in a detached house-and-lot.


Raelene Elaine Villania was born of Filipino parents on June 29, 1986, in Sydney, Australia, where she used to sing as the front act at concerts by visiting Pinoy performers such as Pops Fernandez and Geneva Cruz. At one of these concerts, she was spotted by talent manager Arnold Vegafria, who told her to look him up if she was interested in a showbiz career in her home country.


In 2002, when Iya was 16, she and her mother visited Manila to check out the local entertainment scene. It turned out to be a pretty busy scene for Iya, and mother and daughter have stayed here since. But in the beginning, they had to go NPA—No Permanent Address, continually moving from place to place.

First, they lived on Tomas Morato, Quezon City, with a cousin of Iya's dad, Raymundo. From there, they moved to a one-bedroom apartment in Makati. Then they moved again to a two-bedroom unit in Valencia Hills, Quezon City.


Now the transient existence seems to have stopped. Mother and daughter have finally found a permanent home.


"I wanted something very relaxing, very far from work," says Iya. Indeed, the condo has a laid-back and relaxing vibe, like a Tagaytay resthouse. It does not pretend to be stylish. It is simple, and yet it convincingly conveys the many facets of the owner's artistic disposition, from a huge metallic guitar hanging on a wall to a miniature crocodile conspicuously lying on the floor.

Asked what object in her home best represents her, Iya says, without skipping a beat: "The piano." Amid the bright colors of her home-purple, red, green-her black-and-white piano stands out. Iya played the piano as a kid in Australia, and continues to do so today. A Seventh-Day Adventist, she plays Christian songs, but she also goes for sentimental Whitney Houston numbers (her favorite is "Run to You") and classical pieces (her favorite is Canon in D by the baroque German composer Johan Pachelbel).


The inspiration for the condo unit's interior design came to Iya fortuitously. Jim Jimenez, her friend and interior designer, and also the owner of the Pampanga franchise of the Asian College of Science and Technology, invited her to the school's ribbon-cutting ceremony. When Iya visited Jim's house after the ribbon-cutting, she was enraptured by what she saw. It had exactly the kind of look that she wanted for her own condo unit. "Hey, maybe you can do something to our place," she told him.


Although Iya knew exactly what she wanted for her place at that instant, the interior design of her home still took six months to be completed. "It took a while 'cause there was a time when things were going slow. And we couldn't really bug them about it 'cause we were busy also."


The word busy in Iya's case is an understatement. Right now, she's a psychology senior—and a dean's lister, meaning, she's on the honors list—at De La Salle University on Taft Avenue, Manila. At the same time, she's busy with her television shows, doing VJ duties for the Myx cable channel and co-hosting ASAP. She recently co-starred with Piolo Pascual and Regine Velazquez in the Star Cinema and Viva Films co-production Paano Kita Iibigin, and she's taping a new teleserye for ABS-CBN, Lastikman, with Vhong Navarro in the title role. Plus, she's in demand as a product endorser for the likes of Modess and Bench.


And then there's her relationship with her boyfriend of three years, Drew Arellano, who happens to be working for the rival network, as co-host of GMA-7's Unang Hirit. Iya describes the romance with Drew as an "all-in-one" relationship: "He's a friend. He's your boyfriend. He'll make you feel loved. He'll protect you."


Because of her university studies and her showbiz obligations, Iya gets by on three to four hours of sleep a night. Yet she seems unfazed by the toxic schedule. Her chief concern is her lack of time for her family and loved ones: "You don't really get much time to yourself and for those near you, for those you love."


But through it all, she's infinitely grateful for the many breaks that have come her way.


"I'm fortunate to be given the opportunity to have a great life, and a great family that backs me up."