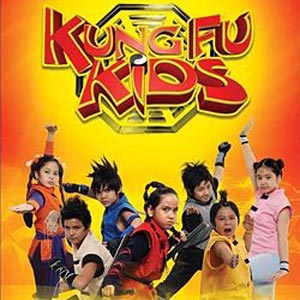 Although overshadowed in the Mega Manila contest, ABS-CBN's Kung Fu Kids emerged as the overall winner in the Top Pilot Episodes list since 2007 of AGB Nielsen Media Research Philippines.

In sports, it's often said that it pays to have a strong headstart. The tempo of a game, and even its outcome, can be determined by the way it is played right from the opening tip-off. Starting out sluggishly isn't a good sign.

The same goes for television programs.

Weeks and even months before a show officially begins, a network's entire promotional team runs on high gear to make sure that things are off to a strong start. Making a good impression is very crucial and building a loyal fan base is vital as a program progresses.

Measuring a show's performance is done, of course, through rating figures.

PEP (Philippine Entertainment Portal) obtained a copy of the Top Pilot Episodes since 2007 from AGB Nielsen Media Research Philippines. Please take note that the shows, together with their corresponding figures, are based on the nationwide survey or the Nationwide Urban TV Audience Measurement (NUTAM)—meaning that the final tally goes beyond the Mega Manila area.

KUNG FU KIDS. This fantaserye isn't exactly ABS-CBN's strength, particularly in the primetime block. But rival station GMA-7's success when it comes to the fantasy genre raises a challenge for the networks to keep up with ever-changing viewing trends. Pulling the stops, the Lopez-owned network put all its resources to work and launched Kung Fu Kids on January 28, 2008, as part of its big primetime triumvirate.

Kung Fu Kids tells the story of seven kids with varied personalities. The only thing they have in common is a prophecy that they are going to save the world. With no special powers to back them up, the seven kids must rely on focus, determination, and discipline to accomplish their mission.

The show prided itself as the first TV program to use "motion capture animation effects." Kung Fu Kids made a breakthrough as it registered a 39.0 percent rating in the nationwide race on its debut.

KOKEY. Considered as a dark horse in the primetime race, ABS-CBN's Kokey made heads turn when it competed head-to-head with all the other programs both in the Mega Manila and the nationwide ratings contest. Kokey was first introduced in 1997 when Star Cinema made a movie directed by Romy V. Suzara. Needless to say, the only level attained by the movie and the character was obscurity.

Ten years later, Kokey was pulled out from the vaults and re-launched on television, August 6, 2007, with a nationwide rating of 38.0 percent. An alien trapped on Earth after crashing his spaceship, Kokey found himself befriending an orphan who lived in his fantasy world. The strong appeal and following of the show made Kokey an instant celebrity, with the Kapamilya Network booking the beloved alien in most of its programs.

Although the show officially closed its curtains last November 9, 2007, fans are still hopeful that Kokey would make a comeback. They recall Kokey's words, "I shall return!" on the show's final episode.

LOBO. Months after her controversial exit from GMA-7, a still shaken yet fully rested Angel Locsin made her ABS-CBN primetime soap debut via Lobo on January 28, 2008.

Considered as an acid test for the controversial young actress, many feared that the show's substance would be eclipsed by all the controversies hounding its lead star. Others were optimistic that even negative publicity would help Lobo's cause.

Angel's diminished charm might have been felt in some parts of the Metro as evidenced by Lobo's inconsistent performance in the Mega Manila rating contest. But the nationwide survey told a different story. Lobo's pilot episode garnered a strong 37.6 percent, proving that the former Darna still flew high among broader audiences.

LASTIKMAN. There's nothing original about an ordinary guy who turns into a rubbery hero. Think Plastic Man and the slippery Mr. Fantastic of the Fantastic Four created by Marvel comics.

Nevertheless, give credit to esteemed Filipino graphic artist Mars Ravelo for managing to create a Pinoy superhero with the same abilities without looking like a clone of its Western counterpart. And if you're a network out to create a fantaserye brimming with local flavor, Mars Ravelo's Lastikman perfectly fits the bill.

Top-billed by comedian-host Vhong Navarro and Iya Villania, Lastikman premiered as a TV series on September 24, 2007 with a nationwide rating of 37.4 percent to occupy the fourth spot overall in the Top Pilot Episodes of 2007.

PRINCESS SARAH. Although originally a foreign creation, Frances Hodgson Burnett's novel titled A Little Princess (later on titled Princess Sarah by Nippon Animation) had just enough of that "underdog and api-apihan drama" to make it a certified Pinoy favorite.

Most Pinoy viewers are familiar with its story: A young and kind heiress named Sarah studies in a boarding school for rich girls but suddenly finds herself orphaned after a report that her father died during an expedition. From student to maid, Sarah's kind heart radiated even more as her fortune fell from riches to rags.

Princess Sarah earned a nationwide rating of 37.3 percent for its pilot episode on November 12, 2007.

Cooking was more than a kitchen routine as Juday's character, Ysay, searched for the right recipe that would lead her to lifelong happiness. Aside from Juday and the story itself, critics cited the inclusion of Judy Ann's real life boyfriend Ryan Agoncillo as a crucial factor for Ysabella's success in the primetime block.

They were right. Ysabella made up for its fair showing in the Mega Manila race by registering a strong 37.2 percent rating in the NUTAM when it was first shown on June 25, 2007.

DYESEBEL. Proving her bankability in the past via the Mega Manila blockbuster series Marimar, fast rising young star Marian Rivera was already a household name when she was launched by GMA-7 as Dyesebel last April 28, 2008.

Portraying the role of the popular Pinoy mermaid is indeed a big honor for any actress. Mars Ravelo's creation has been portrayed a number of times both in television and the big screen. Marian Rivera's fresh portrayal introduced the legendary Dyesebel to a new generation of viewers.

After a rating of 36.7 percent in the nationwide rating bracket on its debut, Dyesebel's winning streak continues.

MARIA FLORDELUNA. A certified tearjerker first heard in the 1970's as a radio drama, Marcos Navarro Sacol's Maria Flordeluna was later adapted by RPN-9 for television in the ‘80s. The drama series instantly endeared then child star Janice de Belen to the masses.

Several years after, ABS-CBN revived the legendary drama series with child star Eliza Pineda taking the lead role popularized by Janice. As for the public reception, Maria Flordeluna's debut on February 12, 2007 raked in a 36.4 percent rating. The show steadily gained more ground reaching a staggering 49.3 percent grade in its finale on June 22, 2007 to gain the top spot-this time in the Top Finale Episodes since 2007.

PANGARAP NA BITUIN. The fact that ABS-CBN gave teen singing sensation Sarah Geronimo her own primetime soap only affirms the network's trust and confidence on the singer's drawing power.

Pangarap na Bituin follows the story of the pop singing trio dubbed as the Jewel Sisters. After the death of their parents, Sapphire, Emerald and Ruby are separated, but they eventually reunite through each one's dream of attaining fame and stardom.

Before Pangarap na Bituin, Sarah was previously seen in the television remake of Bituing Walang Ningning. Although it failed to duplicate the success generated by its predecessor in terms of rating figures, Pangarap na Bituin still barged inside the Top 10. Launched on September 3, 2007, Sarah Geronimo's show collected a 35.9 percent rating nationwide.

PATAYIN SA SINDAK SI BARBARA. This was touted as one of the scariest Pinoy horror movies ever created. ABS-CBN made a TV series of this Susan Roces classic and scared the primetime viewing public beyond its wits.

Originally, the Kapamilya Network intended to present Patayin Sa Sindak Si Barbara in a mini-series format but later decided to include the show, which was top-billed by Kris Aquino, in its Primetime Bida roster.

Patayin Sa Sindak Si Barbara opened on January 7, 2008, with a rating of 35.4 percent to notch the tenth spot in the AGB Nielsen Media Research Philippines list of Top Pilot Episodes since 2007.