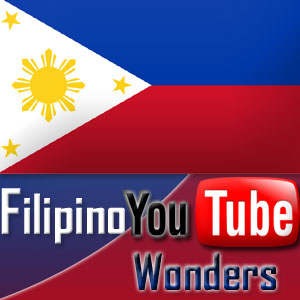 YouTube is one of the most viewed video websites in the world. It only takes one single uploaded video for someone to make it big in the Internet and possibly the rest of the world.

The power of the web can no longer be undermined. Take the case of YouTube, a video sharing website, which has become an effective medium for some Pinoys to gain popularity.

Internet data spread like wildfire, and some lucky people have utilised it as their ticket to fame.

It is very viral, it is fast, and very innovative. Most things become possible with just one click. And one of the web's best features, aside from being an instant source is, it is a people meter.

YouTube has helped celebrities and celebrity wannabes (whether they expect it or not) gain popularity and even international recognition. PEP (Philippine Entertainment) shares its list.

Arnel Pineda's Journey. Arnel Pineda has been writing and singing songs for 25 years now, gaining recognition here in the Philippines and around Asia. It was Arnel's latest band The Zoo, however, that caught the eyes and ears of Neal Schon, who happened to be watching clips on YouTube of Arnel singing cover songs from Aerosmith, Led Zeppelin, Kenny Loggins, and of course, the 80's legendary rock band Journey.

Arnel's longtime fan, Noel Gomez, was responsible for uploading the clips and last June 28, 2007, Neal contacted Noel to ask how he could contact Arnel.

For Arnel, this was the beginning of a bigger opportunity.

It wasn't a cakewalk for Arnel in the first few days of his arrival in the U.S. to audition for a part in Journey. But on December 5, 2007, he was formally announced as Journey's frontman and CNN covered the story as part of their "News to Me" segment.

Journey introduced its new lead singer in February 2008 at the Viña del Mar International Song Festival in Chile. The Chilean media gave positive reviews on Arnel's performance, and Journey's keyboardist Jonathan Cain described him as "a winner; a clutch player."

U.S. magazine GQ recently featured Arnel in one of its articles.

Charice Pempengco's Big, Big Star. Fifteen-year old Charice had been joining singing contests since she was seven, including Birit Bulilit, Batang Kampeon, Bulilit Popstar, and Junior Star Quest. But it was in Little Big Star (2005) that she became locally known. Although she lost in the final round against Sam Concepcion, good things were in store for her.

A series of YouTube videos in 2007 caught the attention of Swedish record company Ten Songs Productions, which made a contract with her to record seven songs, released digitally.

Sweden was not the only country that noticed Charice. South Korea's Seoul Broadcasting System asked Charice to perform on their talent show called Star King on October 2007. Her performance earned her a standing ovation and paved the way for a guest interview in The Ellen DeGeneres Show. Here, Charice got her first U.S. standing ovation. There was more to come—acclaim in Oprah, and Charice's personal achievement in receiving the first-ever standing ovation at the grand opening of MGM Grand at Foxwoods in Connecticut.

Charice's star continues to shine brightly. Negotiations with American record producer and Rock and Roll Hall of Fame recipient Clive Davis are on the table.

Renaldo Lapus in American Idol. Former tricycle driver Renaldo Lapus has no other hobby than singing—with passion, mind you. His energy, songwriting talent and creativity in presenting himself earned him the sarcasm turned admiration of American Idol judge Simon Cowell when Renaldo, wearing clothes worthy of a cosplay event, auditioned for AI season 7.

Four years ago, Renaldo migrated from the Philippines to the U.S. and found employment as Greyhound and Wal-mart janitor. His love for singing, and support from his friends, encouraged him to try out for AI when the show held auditions in Dallas, Texas. Renaldo was the last one to audition and obviously he was the only one who hyped up the exhausted judges after a long day with his original composition We're Brothers Forever. Although Renaldo was eventually rejected, Simon Cowell declared, "I have a horrible feeling that it's going to be a hit record."

True enough, Simon's prediction came true as Renaldo's performance invaded YouTube, following a series of modifications to his song such as rock, rap, metal and techno versions. It earned him 1.2 million hits and since then, has become a weekly Top 10 favorite.

"Keys Me" by Alyssa Alano. A prank can sometimes boost the career of an artist, as in the case of former Viva Hot Babes dancer Alyssa Alano.

Some people may not know that Startalk's Alyssa Alano popularity skyrocketed when she performed Sixpence None the Richer's Kiss Me on the now defunct late night show Master Showman Presents. Alyssa's Tagalog accent drew snickers from the Internet community back in June 2006 when a prankster uploaded a clip of her performance in YouTube and subtitled it with monde greens such as "Keys Me" instead of "Kiss Me".

This mockery seemed to be a door of opportunity for Alyssa in terms of her career, when hits on the video skyrocketed to 500,000 by the end of the month. Alyssa herself had no idea that her performance drew quite a stir until it was shown to her in the 24 Oras entertainment segment Chika Minute of GMA-7. She reacted like a good sport.

The prank on Alyssa even landed a spot on the weekly entertainment show Startalk with Joey de Leon and Lolit Solis.

Charlie Green and Madonna Decena: RP's got talent. Britain's Got Talent made headlines here in the Philippines when the news about two Filipino contestants—Charlie Green and Madonna Decena—broke out, thnaks of course to the Filipino community who uploaded videos of their performances in YouTube. Not many Philippine households have cable and since Britain's Got Talent is only shown abroad, one might miss out on two Filipinos making waves.

CHARLIE. Ten-year-old Filipino-British Charlie Green sent the judges of Britain's Got Talent grinning broadly and and he captured the admiration of viewers across the U.K. with his clear, youthful voice and natural talent in jazz. His rendition of Frank Sinatra's "Summer Wind" got wild cheers from the audience and earned him the praises of the show's hosts and judges, especially Simon Cowell, who also judges for American Idol.

Charlie's popularity continued to rise even though he was booted out in favor of a karate duo that goes by the name of Strike. This is not the end for Charlie as hits on his videos on YouTube continue.

MADONNA. Charlie may have only made it to the semi-finals of Britain's Got Talent but fellow Filipino Madonna Decena strove on to reach the finals.

The 32-year old single parent of two and overseas performing worker got accepted by the talent show and made waves with her strong and emotional rendition of Whitney Houston's "I Will Always Love You".

The performance has since made it to the pages of YouTube and caught the attention of many as Madonna's accomplishment showed how significant it is for an overseas Filipina worker to be making such raves as a performer abroad. Her hard work earned her a slot in the finals, although she eventually lost to U.K. dancing sensation George Sampson.

Edu Manzano gives the world a mouthful of Papaya. The hit Philippine dance craze "Papaya Dance" is proving to be the next "Macarena."

Over ten years after the Spanish song "Macarena" by Los del Rio swept the world with its contagious dance steps, another dance craze is beginning to take the world by storm: the Philippine's very own "Papaya Song."

The "Papaya Song," composed by Polish jazz vocalist Urszula Dudziak, saw a rebirth among Filipinos when the song became a local dance hit in ABS-CBN's game show Pilipinas, Game KNB hosted by Edu Manzano. The gimmick on the game show required the audience to stand up and perform the dance whenever a contestant made it to the next round.

Because of its popularity, almost two thousand versions of "Papaya Dance" were uploaded in YouTube. This caught the attention of people around the world making it one of the most watched videos in YouTube and other websites.The gimmick turned into a dance craze that became so popular among TV and Internet viewers that it made its way to U.S. shores, particularly on the daily talk show ABC'S Good Morning America.

This was Time's description of the Cebu inmates who performed Michael Jackson's Thriller, earning them a slot in the prestigious magazine's list of top Internet videos.

The video was uploaded on YouTube by Byron Garcia, a security consultant, showing Cebu prisoners doing a routine choreographed exercise. Byron originally wanted a program where inmates should exercise at least an hour everyday. At first he suggested that the prisoners march to the beat of drums, but then moved on to dancing pop music.

Byron's first upload on YouTube was the prisoners' performance of the Algorithm March, but it didn't get much attention. When he uploaded the inmates' rendition of Thriller in July 17, 2007, that's when it began to gain fame in the YouTube community.

Thriller became an instant hit, gathering as many as 300,000 views per day. Popularity among the inmates also skyrocketed. Visitors to the prison get to watch a two-hour monthly program, they can have their pictures taken with the prisoners and buy souvenir prison shirts.