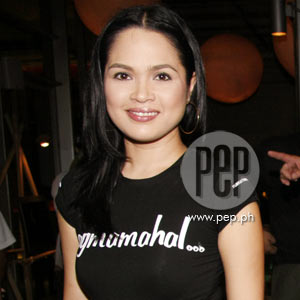 "She allowed herself to be the tool of Meralco. She should have known better," said Gabriela Rep. Luzviminda Ilagan about Judy Ann Santos's appearance on Meralco's infomercial.

After Volunteers Against Crime and Corruption (VACC) called for a boycott, (Click here to read related article) lawmakers are now joining the issue about Judy Ann Santos appearing on Meralco's infomercial.

In a People's Tonight article today, June 5, some congressmen also gave their opinions with regard to Meralco's commercial that has Judy Ann justifying its systems loss charges to its consumers.

Gabriela Rep.Luzviminda Ilagan said that Judy Ann should have not let herself be used by the alleged abusive Lopez-owned electric company.

"She allowed herself to be the tool of Meralco. She should have known better," said the lady solon.

Similarly, Citizens Battle Against Corruption Rep. Joel Villanueva said that Judy Ann's advertisement was one-sided in defending the systems loss which was passed on to consumers.

Meanwhile, Manila District Representative Bienvenido Abante Jr. would like to take further steps and look into the possible violation of Judy Ann of the Consumers Protection Act when she appeared in the controversial advertisement.

In fact, Rep. Abante already ordered the legal officers of the House Committee in Public information to study the possible consequences of Judy Ann's infomercial.

"I join these cause-oriented groups in denouncing Judy Ann Santos, who I don't think understands the situation with Meralco. This is what money can do," said Rep. Abante.

In a different article written in Bandera today, Abante also pleaded to local celebrities to choose their endorsements wisely, especially if it concerns the public's welfare.

PALACE REACTS. Malacañang Palace did not mind the decision of Meralco to use Judy Ann in explaining the systems loss it charges to its consumers.

Executive Secretary Eduardo Ermita said that having Judy Ann on its commercial would not make the electric charges lower anyway.

According to an article in Bandera today, Exec. Sec. Ermita said that the government may also use other local celebrities to counter Meralco's infomercial.

"Tingnan natin baka maghanap tayo pero kung sakali it will be for entertainment viewing," he said.

Meanwhile, Malacañang asked the Energy Regulatory Commision yesterday to find out whether Meralco passed on to its consumers the payment of Judy Ann's talent fee for the said commercial.

MOMMY CAROL PLEADS. Meanwhile, like talent manager Alfie Lorenzo, Judy Ann's mother, Mommy Carol, also had no idea about her daughter's Meralco commercial. She also got worried when she knew that the VACC was asking the public to boycott all the projects of the young actress.

Judy Ann is currently in Amsterdam with her boyfriend Ryan and some close friends. They are also scheduled to go to London on June 8 for a show.