Raymond Gutierrez insists there's no rivalry between him and sister Ruffa 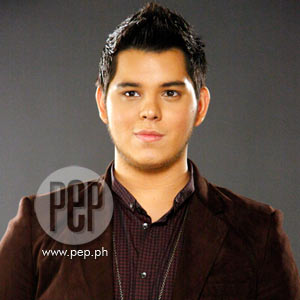 Raymond Gutierrez's hard work and strong will to stick to hosting is now paying off great dividends. Aside from Showbiz Central, Raymond also hosts Pinoy Idol and SOP.

In a time when celebrities are playing it safe by jumping from one field to another, young host Raymond Gutierrez is definitely a rare example of someone who sticks to his guns no matter how tempting the other avenues are.

PEP (Philippine Entertainment Portal) had the chance to talk to Raymond recently during the photo shoot of the Showbiz Central hosts at the Studio B of GMA-7 in Quezon City. The pictorial coincides with the 1st year anniversary of the top-rating Sunday showbiz talk show.

TORN IN THE MIDDLE. Raymond candidly confessed that accepting the offer to be part of Showbiz Central was not easy. On top of his concern was the fact that he belongs to a high-profile showbiz pedigree whose every move is constantly scrutinized by the public.

"Actually, when they offered this to me, naging topic din na, what if your family is part of the issue?" he vividly recalled asking himself. As it turned out, Raymond took the plunge and went on to share co-hosting duties with Pia Guanio and John Lapus.

But fate was up to test Raymond's still shaky resolve. A few weeks after Showbiz Central was formally launched, the budding host's fear came to life when news broke out that his sister, Ruffa Gutierrez, fled Istanbul to severe ties with businessman husband, Yilmaz Bektas. It was a bitter separation and Raymond was caught in the middle of an ugly controversy.

"I was getting it hard," he mentioned pensively. "It's really a challenge for me. Akala ko medyo smooth sailing pa in the beginning. Biro mo, two weeks pa lang, may major issue na about my family kaagad.

"So, it was trying to like, balance my job as a host and also as a brother. So, ‘yon lang yong medyo naging difficult in the beginning. Pero ngayon medyo sanay na ‘ko. I just let it be. We know how to handle issues naman since we've been dealing with it since we were kids."

SIBLING RIVALRY. Ruffa's separation with Yilmaz forced the former Ms. World Philippines to resume her halted showbiz career. Signing with ABS-CBN, Ruffa joined The Buzz last year as one of its main hosts thus pitting her against Raymond and Showbiz Central.

Raymond however pointed out that there's no personal rivalry between him and Ruffa.

"Tinatawanan na lang namin," he smiled. "It doesn't affect us at all. Not even a bit na magkalaban ‘yong shows namin. Kami naman hindi naman kami masyadong nagdu-dwell dun, e. You know, we go into the studio, we do our job and ‘pag Sunday we usually go to mass together, have dinner together."

They even exchange compliments and congratulatory remarks for a job well done particularly when it comes to ratings and hot exclusives.

But there is still of course that boundary and an unwritten rule which both Raymond and Ruffa cautiously observes.

As what Raymond explained, "We respect our shows na we don't tell each other what's happening, ito ‘yong mga scoop namin, anong meron kayo? Cause we respect that the people behind the show also work very hard during the week to get these scoops, to get these exclusives."

DOING HIS HOMEWORK. To keep himself updated, Raymond sees to it that he follows the news without letup.

"Before, I used not to read the tabloids," he confessed candidly. Being a host of a showbiz talk show however altered Raymond's longstanding belief.

"But ever since I realized na, it's like doing your homework, by Sunday you have to know, you have to have a knowledge of what's happening in the showbiz industry or else you're gonna look clueless.

"Kasi you can't naman deliver news ‘tapos wala kang kaalam-alam, ‘di ba? So there, every morning I have all the newspapers delivered to my house by the driver and then I scan through them. If something catches my eye or if I noticed a trend na lahat ng headlines si Ganito ‘yong pinag-uusapan, most likely we'll be talking about that this Sunday. So, that's when I read the article talaga."