Former actress Princess Revilla sued by her maid for maltreatment 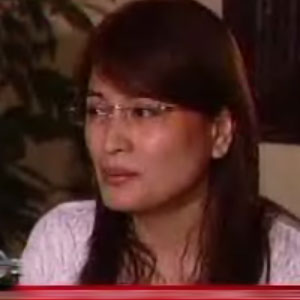 Former actress Princess Revilla embroils herself with charges of physical injuries and maltreatment from her househelp who escaped after being beaten nearly to a pulp.

A maid of former actress Princess Revilla was forced to flee from Princess's house after the maid allegedly became the recipient of such physical violence that it might look like a scene out of a boxing match.

Princess is the daughter of former senator Ramon Revilla Sr. and the younger sister of Senator Bong Revilla.

According to the maid, whose name has been withheld, she had been getting beatings for some time now from Princess. But recently the beatings escalated after the former actress was confronted by her husband, Dr. Gregorio Ocampo, regarding the harsh treatment she had been giving to the maid. The couple reportedly quarreled, and after it was over, Princess allegedly proceeded to beat up the maid.

The maid had long endured the sadistic treatment but it was only yesterday, June 11, that she decided to end her suffering. Clambering up a concrete wall, she jumped and ran for freedom. Security guards nearby saw the bruised and bewildered-looking girl and took her to the Rizal Medical Center for treatment.

At the hospital, the maid reportedly could hardly speak or sit since her mouth, as well as her buttocks, which were black-and-blue and covered with bruises, courtesy of Princess's whacking.

The maid said that she was beaten up by Princess, Rebecca Revilla-Ocampo in real life, using a walis tambo (broom) until it broke. The blows were so strong that it slightly cracked the maid's upper palate.

BAD START. The maid, who started working for the Ocampos last October 2007, said that she receives 2,500 pesos a month. But when she accidentally broke a wash basin stand a month later, Princess allegedly spanked, hit, and pulled her hair. The actress also reportedly stuck her fingers inside the maid's mouth.

The maid revealed that it was her second attempt to escape from her employer. Her first attempt ended in pain, of course, when Princess found out about it.

NOT THE FIRST. Princess Revilla was sued for P16M back in 1997 for allegedly beating up two former maids. Princess was acquitted in 1998 after the two maids disappeared.

Fast forward to 2008. The present maid has decided to press charges against Princess.