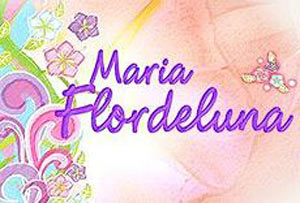 After placing 8th in the Top 10 Pilot Episodes since 2007 in the NUTAM tally of AGB Nielsen Media Research, Philippines, Maria Flordeluna staged a strong comeback to claim the No. 1 spot overall in the Top Finale Episodes category.

We received some inquiries and comments asking for the NUTAM finale results. One PEPster pointed out that a finale rating is more interesting, if not telling, since it would prove whether a show managed to maintain its strong showing among regular viewers. As in any race, some contenders tend to hold on while others falter and lose steam, eventually giving way to the shows that peaked at the right moment.

"It's not how you start, it's how you finish," goes a popular saying in sports.

So, here are the Top 10 Finale Episodes since 2007, according to AGB Nielsen Media Research, Philippines.

According to the list provided by AGB Nielsen Media Research, Philippines, Maria Flordeluna placed 7th overall in the Top Pilot Episodes since 2007. The show gradually made its way to the top, thanks mainly to child star Eliza Pineda's charm. With a steady following and living up to its bida-underdog appeal, Maria Flordeluna notched an impressive rating of 49.3 percent rating in its finale episode aired on June 22, 2007.

Even more impressive was the fact that in the end, Maria Flordeluna was able to top consistent Mega Manila favorite Marimar by a convincing margin.

MARIMAR. Proving their detractors wrong, Marian Rivera and Dingdong Dantes showed that their popularity was not limited only to the Mega Manila area. Marimar—a local adaptation of the popular Mexican soap that made waves here in the Philippines in 1994—held the Pinoy audience captive anew.

The show, which boosted the careers of Marian and Dingdong, broke rating records left and right. Mega Manila was strictly Marimar's domain and the show dominated the rating race throughout its phenomenal 7-month run.

With GMA-7's blessing, the program's production team made sure that Marimar's final episode would exceed everyone's wildest imagination. The gamble paid off as Marimar's two-hour finale aired live on March 14, 2008 achieved a stunning 52.6 percent rating in Mega Manila. The nationwide result, on the other hand, registered a 43.0 percent rating—good enough to clinch the second spot overall.

LASTIKMAN. Vhong Navarro assumed the character created and popularized by legendary Filipino graphic novelist Mars Ravelo. And so, Lastikman was introduced to a new generation of Filipino viewers, who are more exposed to foreign comic-book heroes on the big screen.

Lastikman made its TV debut on September 24, 2007 and managed to rake up a rating of 37.4 percent in the NUTAM contest. Though Lastikman bravely slugged it out in the Mega Manila category, the show was never really a threat to the other primetime shows. Apparently, Lastikman's popularity was more felt outside the confines of the Mega Manila households.

Direk Pobocan was referring to Kim's earlier performance in the 2007 drama series Sana Maulit Muli. Fresh from her victory as Pinoy Big Brother's Teen Edition Plus big winner, Kim was brushed off by some cynics as just another flash in the pan wannabe, like Korean Sandara Park, a former Kapamilya talent.

Determined to prove her critics wrong, Kim showed that she's capable of acting in front of the camera despite her youth. Sana Maulit Muli ultimately served as the vehicle to test the viability of Kim and Gerald Anderson's love team. ABS-CBN's trust in its new talents was rewarded as the soap garnered raves from viewers. A new love team named "Kimerald" was born.

PANGARAP NA BITUIN. Much has been said about Sarah Geronimo being the next Regine Velasquez. Signed under Viva, Sarah's mass appeal reminded some people of the young Sharon Cuneta—an observation frowned at by diehard Sharonians.

However, Sarah's charm and ability to draw concert audiences was not lost on ABS-CBN executives, who decided to cast her in the primetime teledrama Pangarap na Bituin. The soap, which tells the story of fame and redemption, gave Sarah the chance to do on television what she loves doing most—singing.

The soap was well accepted and during its finale episode aired on December 7, 2007, Pangarap na Bituin struck a rating of 40.3 percent, even up-ending another ABS-CBN primetime gem, Kokey.

KOKEY. At first, it looked highly improbable that an alien—surely not the epitome of cuteness—would figure significantly in the tight and rugged primetime viewing block. But Kokey did exactly what a dark horse is expected to do—pull off a surprise.

Kokey was first introduced in 1997 as a movie under Star Cinema. The film was quickly forgotten, however, along with the character. Ten years afterwards, and in keeping up with the fantaserye trend, ABS-CBN gave Kokey a second chance on the small screen.

The alien Kokey'sreincarnation was a smash, propelling him to the top of the primetime block. Children loved Kokey and the show's ratings both in the Mega Manila and NUTAM surveys would attest to its newfound popularity.

After three months, the show had its final episode on November 9, 2007 with a rating of 40.0 percent. A sequel is reportedly in the works.

But the tearjerker top-billed by John Lloyd Cruz, Bea Alonzo, Anne Curtis and Sam Milby won the nod of both critics and viewers, who praised the actors for rendering justice to their role through excellent acting.

A certified contender in the primetime block, Maging Sino Ka Man enjoyed a huge following throughout its first run. In the final episode, Maging Sino Ka Man registered a rating of 37.4 percent. After the success of the show's first installment, a second chapter was launched immediately.

Maging Sino Ka Man gathered several awards, including the 2007 UST Students Choice Awards on Television of the University of Santo Tomas. The soap also bagged the Best Primetime Drama Series in the 2007 PMPC Star Awards, which also recognized John Lloyd Cruz as Best Drama Actor. Maging Sino Ka Man was accorded the distinction as one of The Country's 10 Most Well-Liked TV Programs in the 2007 Anak Seal Awards.

PATAYIN SA SINDAK SI BARBARA. Despite the big-screen remakes and TV adaptation, the grit and venom of this classic horror film about a sister's twisted desire for revenge never go stale. Debuting on January 7, 2008, Patayin sa Sindak si Barbara registered a rating of 35.4 percent. The Kris Aquino-led series continued to gain momentum as it scared the wits out of its audience night after night.

KUNG FU KIDS. Hailed as the first locally produced live-action fantasy series, Kung Fu Kids started out strong, registering 39.0 percent in the nationwide survey on its debut on January 28, 2008. Though it is unfair to say that the groundbreaking show was unable to maintain its fire, it actually slowed down to give way to the other primetime programs. Still, Kung Fu Kids was such a formidable player in the evening block that its finale episode on April 25, 2008 tallied a rating of 35.5 percent, consequently taking the ninth spot in the NUTAM Top Finale Episodes since 2007.

Tackling the subject of stepsiblings falling in love with each other, the audience was taken by the soap's Romeo and Juliet-like tale of forbidden romance. Walang Kapalit did exceptionally well during its first few weeks but lost steam notably in the Mega Manila area. But the show sustained enough audience interest in the nationwide battle, notching a 34.1 percent rating in its final salvo on August 31, 2007.