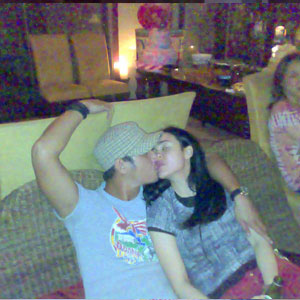 Exactly a year ago, photos of Gretchen Barretto and John Estrada kissing during the birthday party of sexy comedienne Rufa Mae Quinto found its way into the Internet. The issue dubbed as the “kisscandal” became a hot topic for months and was even regarded as one of the hottest showbiz controversies of 2007.

“You must remember this / A kiss is still a kiss…,” starts an old love song. Now, if you’re a high-profile celebrity caught in the act—and it has nothing to do with love or a script—the showbiz world will always welcome intrigue.

On June 6, 2007, PEP (Philippine Entertainment Portal) first posted a picture of celebrity Gretchen Barretto being cozy with actor John Estrada, with the banner headline, “Photo of ‘Gretchen Barretto’ and ‘John Estrada’ kissing floods the Internet.” As the photo suggested, they were so cozily marooned on a couch, they ended up kissing. This image was then just beginning to proliferate in cyberspace and the tongues of showbiz insiders started to wag.

CATCHING FIRE. As expected, the public and media instantly latched on to the news with unflagging intensity. These days when scandalous images and videos of popular figures pop up almost everyday on the Internet, the photo of Gretchen and John was a certified hot copy. The incident would eventually be labeled the "kisscandal."

In the midst of Net sex scandals, the Gretchen-John image was fairly conservative. Both were fully dressed, locking lips while caught in a moment of revelry and apparent alcohol stupor. But there was something wrong with the picture: they were not an item. Although some reports prior to the incident claimed that the two were having an affair, for most people, the two were not supposed to be caught in a public display of affection (PDA).

Everybody knows that Gretchen is living with her longtime partner, business magnate Tonyboy Cojuangco. The two even share a pre-teen daughter named Dominique. John, on the other hand, will always be remembered as the ex-husband of actress-host Janice de Belen. Once again single after severing ties with girlfriend Vanessa del Bianco, John was reportedly seeing a beauty queen during the time his picture with Gretchen was taken.

The idea of a beautiful celebrity betraying the trust of her wealthy lover was pure tabloid heaven. Overnight, Gretchen became a favorite subject among her husband’s elite circles, showbiz figureheads, various media outlets and casual observers.

The public raised questions: Are Gretchen and Tonyboy heading toward splitsville? Perhaps Greta was bored of the partnership and looking for something more than the money? Did John pose as a challenge for Greta to ease her boredom?

Gretchen refused to issue a statement and went into hiding, hoping that silence would lead the controversy to a natural death. John gave a public apology addressed to the actress and her family.

On June 17, Gretchen’s manager and dear friend Boy Abunda spoke for his ward in his showbiz talk show The Buzz. Boy confirmed that the picture was authentic and that it was taken during the birthday party of sexy comedienne Rufa Mae Quinto.

Sharing vital details, Boy said, “The pictures were taken by John’s N-90 Nokia cell phone. It was a guest named Jay who took the pictures.” As open as he was in admitting the veracity of the image, Boy was quick to rebuff questions of an affair.

“No,” he sternly said, “Gretchen and John are not having an affair.”

The popular host and talent manager painted Gretchen as a woman deeply sorry for her promiscuity and that she was “ready to face the consequences” of her action. At the same time, it was announced that Gretchen would leave the country to accompany Tonyboy to the U.S. for his throat operation.

AFTERMATH. Gretchen’s decision to leave the country and John’s own silence apparently helped to kill the issue. While the “kisscandal” went on and remained a favorite topic amongst people, it eventually lost steam as new intrigues and controversies surfaced.

The people involved in the controversy also put the incident behind them. Only a few months after the issue, John went public with his relationship with Brazilian beauty queen Priscilla Merielles. For Gretchen, the issue oddly paved her comeback into the public’s consciousness and inadvertently revived her image as a magnet for controversies. True enough, after the “kisscandal,” Gretchen would figure in other equally controversial issues brought about by her personal life and relationships.

In a way, La Greta experienced a renaissance of sorts. Trying her hand at singing, she released her debut album titled Unexpected in February this year under Star Records. This collection of her favorite love songs seemed to play up to the public’s interest in the state of Gretchen’s romantic life—with the “kisscandal” etched in their minds.

After all, doesn’t the world “always welcome lovers as time goes by?”