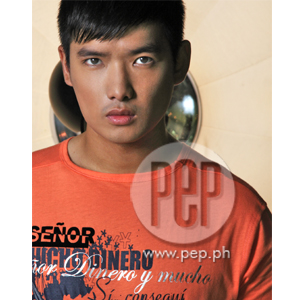 In an official statement furnished by Embassy co-owner Tim Yap to PEP (Philippine Entertainment Portal) earlier tonight, he said: "Embassy regrets the unfortunate incident which occurred last June 26, 2008. Embassy as an establishment has never espoused any violence of any kind. We denounce in the strongest terms the altercation, which involved Alex Vargas and Paul Montemayor."

Barely 24 hours after it was reported that Embassy Bar and Restaurant is closing down due to a recent mêlée, co-owner and events organizer Tim Yap downplayed all the details that came out in a national daily earlier today, June 27.

Contrary to the report, Tim reiterated that the person involved was not a resident DJ of the club, but rather a "freelance emcee who performs in numerous clubs and establishments in Metro Manila."

Tim's claim was consistent with the news article published by PEP (Philippine Entertainment Portal) last night, June 26, regarding the incident that led to the club's indefinite closure.

In a phone conversation yesterday evening, Tim informed PEP managing editor Karen Pagsolingan that the "altercation" was between a guest emcee identified as Paul Montemayor a.k.a. DJ Pauly Mac, and a patron named Alex Vargas.

RAPPING FOR ATTENTION. According to the affidavit filed by Vargas's cousin, Leslee Santos, "The DJ, Pauly Mac was rapping in front of my cousin and nudged him, trying to get his attention to listen to him. As my cousin tried to walk away, the DJ pushed him real hard and started punching him on the face."

Vargas's family lambasted the popular club for its alleged lax security, complaining that none from the management even bothered to offer assistance to Vargas during and after the unfortunate incident.

Because of this latest brawl, the city government of Taguig issued an order calling for Embassy to cease operations while the authorities are conducting a thorough investigation.

Taguig Mayor Freddie Tiñga has reportedly condemned the incident, declaring that the recurring scuffles inside the establishment are painting a "negative image" of the city.

EMBASSY'S OFFICIAL STATEMENT. In an official statement furnished by Embassy co-owner Tim Yap to PEP, he addressed the issue head on while rectifying at the same time some of the earlier reports relayed to the public—particularly the issue of security and safety of the club's patrons.

"Embassy regrets the unfortunate incident which occurred last June 26, 2008. Embassy as an establishment has never espoused any violence of any kind. We denounce in the strongest terms the altercation, which involved Alex Vargas and Paul Montemayor.

"We wish to clarify that, contrary to what has been reported in the media, Mr. Montemayor is not, and has never been an employee of Embassy. In fact, Mr. Montemayor is a freelance emcee who performs in numerous clubs and establishments in Metro Manila, most of which are competitors of Embassy.

"While we regret the incident, we acted promptly and appropriately to resolve the situation and assist Mr. Vargas. Pursuant to our establishment's standard procedure, our security personnel acted immediately to protect Mr. Vargas and the other patrons during and after the incident. Mr. Vargas was administered first aid by our personnel and we had offered to call him an ambulance to take him to the hospital, although he declined later.

"Our personnel had likewise accompanied Mr. Vargas to the PNP personnel stationed in front of our establishment to give him the opportunity to press charges against the individuals involved. He likewise declined to do so at that time. We wish to reiterate that Embassy does not condone incidents of this nature and assures that it will take the necessary measures to ensure that such incidents are prevented in the future.

"We likewise wish to assure the city government of Taguig of our continued support for its programs to maintain a positive image for the city."