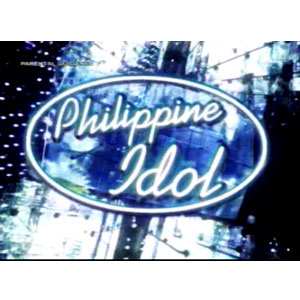 Philippine Idol debuted on July 30, 2006 and was received enthusiastically by the Filipino viewers. The show garnered an impressive rating of 7.7 percent during its pilot episode. The reality singing-search show, which had its final run on December 10 of the same year severed ties with ABC-5 and was acquired by GMA-7, which altered its name to Pinoy Idol.

Talent-search shows are not a novelty on Philippine television. In the 1960s there was Tawag ng Tanghalan and, in the ‘80s, Ang Bagong Kampeon, among others. From the ‘90s to the new millennium, Pinoys gained easy access to foreign shows via cable TV and were exposed to the phenomenal boob-tube trend called reality-based programs or reality television.

A reality program covers a wide range of formats such as quiz-games and hidden-camera voyeurism. These productions feature ordinary individuals instead of professional actors who're driven by scripts and storylines.

Although talent-search shows have long been a worldwide TV staple, the budding popularity of reality shows gave the genre a more appealing edge—unknown and aspiring amateur singers auditioning to get in—that perfectly fits the idea of a reality show.

One program that gained worldwide popularity was the Simon Fuller brainchild American Idol that had its sixth season last year. The program aims to discover talented, untapped singing talents. What made the show uniquely appealing from the start has been the presence of three judges openly dishing out nice-to-cutting criticisms of the contestants' performances.

American Idol's success triggered other countries, including the Philippines, to obtain a franchise of the show.

LOCAL FLAVOR. The Philippines became the 35th country to obtain a franchise of the popular show. Acquiring the rights in 2006 was Tonyboy Cojuangco's Associated Broadcasting Company or ABC-5.

Ryan Agoncillo was hired by the local producers as the show's host. Sitting as judges were legendary Filipino songwriter Ryan Cayabyab, Asia's Queen of Songs Pilita Corrales, and rapper-songwriter-producer Francis Magalona. Young actress Heart Evangelista hosted a segment to continuously update viewers on the latest happenings about the contestants.

ABC-5 was reportedly inspired to adapt the singing-search show after Filipino-American Jasmine Trias bagged third place in the 2004 edition of American Idol.

Philippine Idol was officially launched on July 30, 2006 and reportedly garnered an impressive viewership rating of 7.7 percent.

MIXED REVIEWS. American Idol built up such a reputation for high standards that itcould not be ignored. Avid viewers of AI were eager to see how the local version would be able to measure up.

For one, the American version was notorious for those in-your-face comments courtesy of volatile judge, Simon Cowell. Given the Filipinos' trait of being polite in delivering criticisms, the audience witnessed cutting remarks by the judges.

Ryan Cayabyab was very vocal in expressing his frustration over some young aspirants' desire to enter the competition simply because they viewed the show as a ticket to fame, more than a venue to truly showcase their passion for singing. The highly esteemed songsmith also lambasted the show's voting process, citing the fact that true talent oftentimes was overshadowed by popularity based on the contestant's physical attributes.

Despite the opinion raised by some entertainment scribes saying that Philippine Idol lacked gloss as compared to American Idol, the talents shown by the contestants were more than enough to get the nod of most viewers.

Philippine Idol had its final airing on December 10 with the show's three remaining contestants—Jan Nieto, Gian Magdangal, and Mau Marcelo—locked in a tight battle for the coveted crown. The grand finale was held at the Araneta Coliseum on December 9 and 10, 2006.

FINDING A NEW HOME. After its first season, word flew that a second season was already in the works and that ABC-5 was just ironing out the details. Many were surprised, however, to learn that the show would be moving to GMA-7 instead of staying put.

Significantly, GMA-7 had steadily strengthened its professional relationship with Fremantle Media, which owns the Idol franchise, as proven by network's acquisition of Celebrity Duets and Are You Smarter Than A 5th Grader? (retitled Kakasa Ka Ba Sa Grade 5?)

The formal announcement of the transfer was made public on September 16, 2007, with the Kapuso Network altering the show's name to Pinoy Idol. Fremantle Media executives reportedly chose GMA-7 since they believed that the network had more experience and capability to mount an ambitious reality-based talent search. . Understandably, ABC-5 executives were hurt when they learned that the new show would not acknowledge the first season of Philippine Idol since it was totally overhauled, starting from the name.

RYAN LOOKS BACK. Last August 1, during the press conference of Ryan's soon to be aired ABS-CBN reality show Pinoy Fear Factor, he politely stayed clear of giving any comment on Pinoy Idol.

Ryan was asked for his reaction regarding some people's observation that the Philippine Idol they previously did was much better compared to its 2nd season shown on GMA-7.

"Ako ganito, Philippine Idol is my baby, e. I gave birth to that show [and] it's not right for us to comment on how people take Pinoy Idol now. Siguro the most I can say is that the same respect that people gave us when we were doing our own version of Philippine Idol, I would give the creators of Pinoy Idol the same respect siguro. Hindi tamang mag-comment ako I'll keep my thoughts to my self pero may pagmamahal ako para sa show na ‘yon," explained Ryan.

Pinoy Idol had its final episode last August 17 at the SMX Convention Center of the SM Mall of Asia in Pasay City with Gretchen Espina emerging as the overall winner.