Piolo Pascual is uncomfortable about walking the ramp half-nude 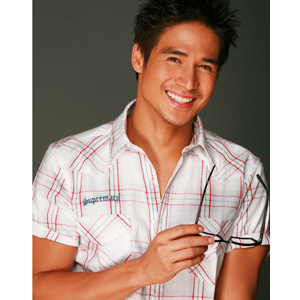 "It's not because mahihiya akong rumampa. You can say it's my personal conviction," says Piolo Pascual about his decision not to join the controversial Bench Blackout underwear fashion show recently.

Hunky actor Piolo Pascual may have not joined the controversial Bench Blackout, but he had his own fashion show as Bench launched its newest perfume, Pure Passion, at the SM Mall of Asia in Pasay City yesterday, August 16.

Before people put malice into that event, Piolo clarifies that he did not intend to snub the Bench Blackout knowing he would have a fashion show of his own. (Click here to read related article )

"Ang totoo niyan, dati pa naming ito pinaplano," explained Piolo. "Hindi ko talaga plinano na isunod. But I spoke with Mr. Ben Chan kanina and I really apologized about not joining Bench Blackout because even before I signed up with them, that was my only request."

The Bench endorser also told the media that he's not really comfortable walking the ramp, especially if he's topless.

He added, "Never naman ako nag-ramp nang nakahubad, e. I was doing ramp for Inno Sotto and hindi naman talaga ako [nakahubad]. And with my commercials and the characters that I do, it's part of the campaign. It's not part of something na kailangan mo lang gawin just because you wanna show off."

ACTOR TURNED PRODUCER. After Lobo, Piolo is now concentrating on the independent film that he produces. The first-time producer is excited to talk about Manila, which is written by Raya Martin and Adolf Alix. It is a twinbill inspired by Lino Brocka's Jaguar and Ishmael Bernal's Manila By Night.

He added, "I don't wanna go head-to-head naman with Star Cinema because sila 'yong nag-groom sa akin. I believe that magkaiba naman ang market ng indie sa mainstream. And I'm exclusive with Star Cinema and I signed up for three movies in three years with them. You know, if they let me co-produce with them, well, it's good."

Piolo told the media that they're almost done shooting Manila. Based on his experience, the actor-producer learned that it wasn't easy producing a film.

"Kapag na-pack-up kami medyo malaki rin ang gastos. Pero I'm learning how to do it, to do the business," said Piolo.

Is it true that Piolo is a "kuripot" producer?

Piolo smiled and answered, "As much as possible, hindi ako [nakikialam] sa expenses. But there was a time na na-pack-up kami sa Malabon dumpsite because it was raining so hard. Also, last night, we were short because it rained again."

Despite this, Piolo just thought that it was all part of the learning experience. "Ang hirap, birth pains, because I never thought na ganun pala kahirap mag-taping kapag napa-pack-up ka. But, you know, we'd like to provide more jobs for a lot of people and kasama ng trabaho 'yon, e."