Dominic Ochoa satisfied with his mature visibility in showbiz 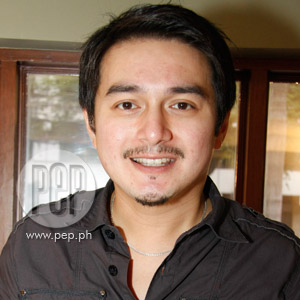 "I just wanna let you guys know that na, yeah, maybe I'm not seen on TV, I'm not being watched or I'm not as visible as before. I don't mind, I don't care, as long as I have work, I'm happy and smiling," says Dominic Ochoa to critics who say that he's not as visible as he was in the earlier years of her career.

Like the young stars of today, Dominic Ochoa used to be admired by the young people in his earlier years in showbiz. For those who do not remember, he became part of the defuntct ABS-CBN teen drama Gimik.

Eleven years after his stint on Gimik, Dominic admits that he already had his own share of fame in show business. He knows that this is the time of his career that mature roles would be offered to him. An example is his character in the new drama series of TV5 titled Hush Hush.

In Hush Hush, Dominic portrays the character of a married TV host who will have an affair with a reality-show winner (played by Krista Ranillo).

"I guess it's a stage in my career, in my age, na alangan talaga, e. It's either you do father role, daddy, hindi ka na puwedeng magpa-cute. So, it's more on accepting mature roles already," said the 34-year-old actor in an interview at the press conference of Hush Hush yesterday afternoon, August 19, at Mario's restaurant on Tomas Morato, Quezon City.

During the conversation, Dominic said that he used to think about what people call "the peak of one's career." But now, he does not give it too much thought as he feels more content with his showbiz career.

Dominic went on to say that reaching the top is not really important in show business. He explained, "Peak is not the question here. The question here is, ‘How long ka tatagal dito?' So, maraming nang nag-peak, pero iilan lang ang nag-stay."

In his eleven years in showbiz, Dominic could say that he has earned enough for himself and for his future family.

He added, "I'm pretty much content with my career, at least I'm earning."

PLAN TO GET MARRIED ABROAD. During the press conference, reporters talked about reports saying that he and his makeup-artist girlfriend have been married in Paris. So, after the formal press conference, he immediately clarified that there was no Parisian wedding.

He figured that maybe the reason it came out was because he told everybody that he wanted to be married in Paris.

Despite this false report, Dominic assured the media that he really intends to marry his girlfriend of four years, Denise Go. "I'm pretty much decided about it na," he declared.

He also said that he's financially ready for the wedding. But what's keeping the couple from pursuing plans?

If the plan pushes through, Dominic said that a civil wedding might come first before the church wedding. Also, he will stick to his plan to have his church wedding outside the country. Some of the places on his list are Key West in Florida; Kota Kinabalu in Malaysia; Italy; Greece; and Spain.

Why abroad? Dominic said that he wants his wedding to be different.

"I want it kasi na when you're old already, when you look at the pictures, ‘Wow, ang ganda nito!' At saka parang with all the wedding experiences dito sa Pilipinas, parang it's the same, e. Parang you've seen the same place, the same format," he explained.

In the end, the Hush Hush actor reiterated, "It's just a matter of planning everything para hindi tayo napapasubo. So, medyo na-delay lang nang konti pero it won't stop us naman from pursuing everything. No one can stop you from marrying the right girl."
Read Next
Read More Stories About
Dominic Ochoa, Denise Go, Gimik
Post a Comment
Featured
Latest Stories
Trending in Summit Media Network