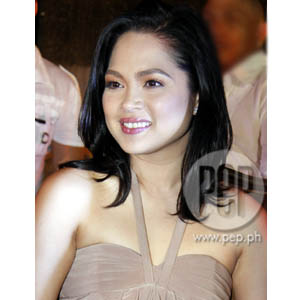 Judy Ann Santos's (in photo) appeal to overturn the previous ruling handed down by the court for the tax evasion charges filed against her was junked yesterday by the Supreme Court. Justice Minita V. Chico-Nazario handed down the decision, saying, "The Resolution is interlocutory and thus, unappealable. Even if her Petition for Review is to be treated as a petition for certiorari, it is dismissible for lack of merit."

Young superstar Judy Ann Santos's trial for tax evasion will proceed. This after the Supreme Court junked the popular actress' plea to overturn the decision handed down by the Court of Tax Appeals (CTA) on June 19, 2006, ordering Santos to be tried for allegedly failing to declare her real income by 104 percent to the Bureau of Internal Revenue (BIR) in 2002.

The order was handed down by Justice Minita V. Chico-Nazario on August 26, saying: "The Resolution is interlocutory and thus, unappealable. Even if her Petition for Review is to be treated as a petition for certiorari, it is dismissible for lack of merit."

Part of Judy Ann's argument for filing the plea was her assumption that the initial order, as based on the report submitted by the BIR to the CTA, was hastily done, therefore, making the decision unfair and lacking in substance.

The CTA, on the other hand, dismissed Judai's claim by reasoning that the decisions reached by the court in denying the actress's previous petitions were all studied and considered fairly.

Judy Ann's legal woes started in 2005 when the BIR accused her of filing an inaccurate account of her "real" income by a substantial margin. According to the complaint filed by the revenue bureau, the young actress declared her 2002 income as only P8 million, taken solely from talent fees out of the projects she did for ABS-CBN network. The BIR argued that she deliberately withheld stating her correct income from other sources, like film production outfits, and most notably her income derived from numerous product endorsements.

All in all, the BIR put Judy Ann's income for 2002 around P16 million, not P8 million as she had previously stated. After being formally charged by the CTA in 2005, a warrant of arrest prepared by the CTA First Division was served, prompting Judy Ann to counter by submitting a request to cancel the action against her.

The CTA, in an order handed down on February 23, 2006, however, junked Judy Ann's motion and scheduled an arraignment schedule to jumpstart the legal proceedings. Juday's second attempt to halt her date with the court via motion for reconsideration was refuted by the CTA on May 11, 2006.