Calvin Millado finds his place under the sun 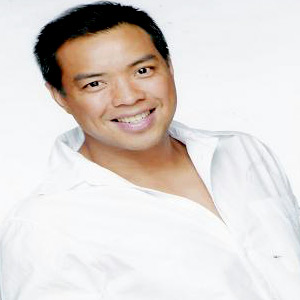 When asked to comment about the current scenario in showbiz, Calvin Millado said: “Everywhere you look, there’s a reality show being set up…you know what I mean? ‘Exploit’ may be too strong a word but the way I see it, these shows give out false sense of hope to contenders. These people could easily have their dreams shattered when they fail to make it."

For the people who remember the good ol’ '90s, a part of their memory could very well include the husky vibrato of balladeer Calvin Millado.

He came to Filipinos’ awareness, along with then other hopefuls Ariel Rivera and Dante Ponce, as one of Boy Abunda’s new talents. Calvin, Ariel, and Dante were dubbed the handsome triumvirate of Boy. They also became known as the Boys from Beda. These good-looking, talented, and educatedguys were also tagged as “Kilabot ng mga Kolehiyalas.”

Calvin became a quick hit with the girls. The gay fans followed suit, of course. He carved a name for himself as a singer of soulful love songs, coming out with record albums under BMG Records in the mid '90s.

He also did hosting jobs for Channel 9’s noontime show Chibugan and Channel 4’s For Art’s Sake, GMA-7’s Travel Time, and even had a stint in Eat Bulaga. He also tried his hand at acting via ABS-CBN’s teleserye Familia Zaragoza.

But he did not hit the popularity scale of his contemporary Ariel, and he acknowledged this fact. He said, “From day one, I knew my place. My agent, Boy Abunda had actually told me right in the beginning, ‘Let’s put it straight, you’re never gonna be a Gary Valenciano or a Martin Nievera.’

“I must admit that, at first, I really felt slighted by the whole thing...But later, I appreciated the way Boy giving it to me straight. Since then, I have had no illusions of things. My feet are well planted.”

Initially, entering showbiz was not a very bright idea to him. He was even called “Reluctant Star” back then.

He explained, “Let’s admit it, in the business, there are a lot of—forgive me for the term—kissing of ass and I refused to do that. I’m not the type.”

He noted that being in touch with reality despite the attention he was getting had kept him sane. “I didn’t get caught in the web unlike others. In the end, it really is so sad…that these people get so affected by it all and they don’t know how to cope after the popularity fades.”

Staying true to his mantra, Calvin veered away from the recording and acting scene. He found his place in the sun—hosting, performing, and diving into business ventures.

“Right now I’m still doing corporate shows and, in fact, I’m busy with Wanders,” he related. “Wanders is produced by Pagcor and it’s like a Cirque du Soleil wherein there are Chinese acrobats and Russian Can Cans…it’s like a Vegas type of a show. It’s part of Pagcor’s aim to produce shows for families. They’re diverting to family-oriented projects.”

He added that Wanders, which is being held at the Pagcor Grand Theater at the Airport Casino Filipino, has had “180 shows so far [since its start last July 2007]. Calvin has been opening and closing the show for a year and a half now.

Aside from Wanders, Calvin does a lot of corporate gigs. He hosted several events for Samsung, Siemens, 3M, Aboitiz, Glaxo Smithkline, Robinsons, and his alma mater, San Beda, to name just a few.

It will be recalled that Calvin used to hold the distinction of being one of the trusted and dependable hosts in beauty contests, including Mutya Ng Pilipinas, Ms. Asia-Pacific, Manila’s Five Loveliest, and Bb. Pilipinas. Hosting, for Calvin, is as natural as breathing.

On the performance stage, Calvin became part of Singapore Repertory Theater’s Rent in 2001. He also shared the same stage with Anna Fegi at the Hard Rock Café in March 2002, and got included in that group of pop stars (with Regine Velasquez) who paid tribute to national artists in 2003.

In 2006,he had a part in Lea Salonga's concert, Tomorrow, and two years later, he portrayed the role of Gaston in the Beauty and the Beast play that starred KC Concepcion.

Calvin discovered a great formula for his own brand of success, and it’s not necessarily being at the center of the limelight. He shared: “The secret is longevity.”

The performer did not become visible in the scene, but has stayed inside the entertainment radar. “I can’t even remember the last time I got interviewed,” he laughed. Not that he’s complaining.

FAMILY AND BUSINESS. Calvin Millado is a picture of contentment.

He’s now married, “For five years now…wait,” he paused to jog his memory, “Yes, for five years. I’m bad with dates.” He is also a dad to two cute kids: four-year-old Rafael Santi and five-month-old Valerie Maya, the last name was added to give it a "Filipino flavor."

Calvin also belongs to the restaurant industry. He is part-owner of Congo Grille, which has branches in Quezon City, Ortigas, Makati, Alabang, Laguna, and Pampanga.

He also has events-related ventures with his brother, the Bright Eyed Boy Events and Ideas Incorporated.

And despite the fact that times are harder now, Calvin doesn't have plans of leaving the country.

He mused, “Life is good here. I love it here…you can’t complain. Maybe the only reason that would compel me to leave the country is if it would benefit my kids. Or maybe, to give them a better chance for their future."

Then he said with a laugh, “If anything happens, anyway, the kids and my wife could easily fly, as they are American citizens. My wife, Marie Catherine, is an American citizen, so my kids have their blue books with them. And I guess, what would happen would be, they’d just pass through the immigration, and I would be left checking in and having trouble getting out.”

Aside from singing, performing, and hosting, Calvin loves cars and basketball. He is a member of the International Mercedes Benz Club, which is “basically exchanging information and ideas and stuff about vehicles.”

SHOWBIZ NOW. As a casual observer, Calvin noticed the influx of reality shows on television.

“Everywhere you look, there’s a reality show being set up...you know what I mean?" he began.

He continued, "‘Exploit’ may be too strong a word but the way I see it, these shows give out false sense of hope to contenders. These people could easily have their dreams shattered when they fail to make it. I mean, how many make it afterwards? Really? With a lot of them hopefuls, only a few would get a taste of the limelight and what would happen to the rest of them?

“What I’m saying is that it’s so easy to fall into a trap. There are those who are not as tough to recover from a defeat. What then would happen to these hopefuls?"

In parting, Calvin simply wanted to share the lesson he learned when he was still active in showbiz. He said that a newbie should know his capabilities, his limits, and how to work his or her way around it.

When asked if he still is as hot as he was when he threw girls his endearing smile while singing his ballads, he gave a candid answer.

But of course, Calvin was just being modest—he still has got "it."