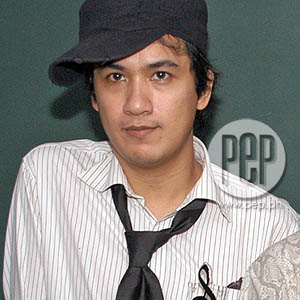 Ely Buendia is in stable condition and fans of the legendary Eraserheads frontman can now heave a collective sigh of relief.

Before the break, the phenomenal ‘90s band played 15 of some of their most memorable songs straight out, with Buendia—sporting a pair of dark shades almost throughout the show—characteristically delivering only a few remarks to the crowd. The band's first set consisted of some notable singles like "Alapaap," "Ligaya," "With A Smile," "Fruitcake," "Toyang" to some unreleased singles like "Hey, Jay," "Shake Yer Head," and "Kama Supra."

The Eraserheads finished their first set with the poignant "Lightyears" taken from the quartet's concept 1996 Christmas album, Fruitcake. The band was supposed to play 30 songs, covering a bulk of their entire catalogue.

STRESS AND FATIGUE. According to some close friends who were present backstage, Buendia collapsed and had to be put on a stretcher.

In a TV interview after the concert, bandmates Raimund Marasigan, Buddy Zabala, and Marcus Adoro said that they saw paramedics attending to Buendia and checking his blood pressure. Minutes later, they saw the singer-songwriter being rushed to an ambulance.

Without their main singer, the three remaining band members, accompanied by Ely's sister Lally, had no choice but to face the thousands of fans who were anxiously waiting for the second set. They announced the concert's cancellation and asked everyone to offer a minute of silence for Buendia.

Ely had gone through heart surgery early last year after suffering a heart attack in an out-of-town gig with his current band, Pupil. But his recent health dilemma was being linked to stress and fatigue. Two days before the reunion concert, Ely's mother, Lisette Buendia, passed away. That event combined with all the stress and pressure leading to the actual concert apparently took its toll on the enigmatic frontman. Also, on the same day of the event, the Eraserheads went to the venue to conduct a sound check and a final rehearsal which reportedly lasted until 3 a.m.

A close friend of the band theorized that Ely's unstable emotional state, plus the stress of having to deliver in front of rabid fans, perhaps overwhelmed Buendia causing his health to break down in the face of gnawing pressure.