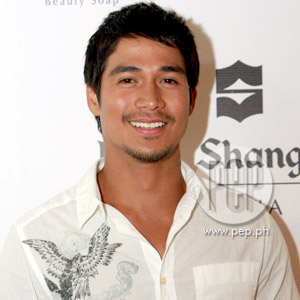 "I'm excited about the project, it's the first time I produce. I hope it turns out well," says Piolo Pascual on his upcoming independent film Manila.

Matinee idol Piolo Pascual is still excited about his first-produced film, Manila, even though it is now facing a controversy.

Last week, PEP (Philippine Entertainment Portal) reported the reactions of screenwriters Ricky Lee and Pete Lacaba about Manila. The movie is a two-part indie film that features Piolo, who is also a co-producer for this film, and is directed by Adolf Alix, Jr. and Raya Martin.

Piolo has been very open in saying that Manila is "inspired" by Ishmael Bernal's 1980 movie Manila By Night and Lino Brocka's 1979 masterpiece Jaguar (slang for guwardiya or security guard).

Manila By Night was written and directed by Bernal, with input from Lee and other screenwriters. Jaguar, on the other hand, is credited to both Lee and Lacaba.

Lee told PEP through a phone conversation that they were not informed about the movie Manila, which was written by Adolf and Ramon Sarmiento.

PEP was able to get Piolo's reaction about this issue in a short chat with him before the unveiling of Star Magic's 2009 Catalogue yesterday, September 28, at the lobby of EDSA Shangri-La Hotel in Mandaluyong City.

"There are some controversies, pero we're happy because tapos na kami sa shoot," Piolo told PEP when asked for an update about Manila.

Piolo is still positive that the issue about his indie movie would be settled soon. "Post-production na, I'm gonna see the rough cut tonight. I hope they'll be able to iron things out with Mr. Ricky Lee and Mr. Pete Lacaba."

When asked for his comment about it, Piolo was honest enough to say, "I'd rather not comment about it because I only found out about it yesterday. So, I haven't really discussed it with my director. I'm meeting up with him tonight, si Direk Adolf Alix Jr. But I'm praying na maayos naman."

In the end, he is still positive about Manila. "I'm also excited about the project, it's the first time I produce. I hope it turns out well."