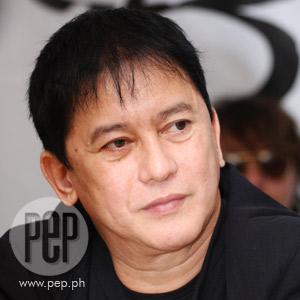 In an interview with radio dzBB the following day, the Baler actor apologized for his emotional outburst in hitting the bus driver named Michael Baino

On GMA News, however, Phillip clarified that he was issuing an apology not to the driver but to the public and to the bus passengers at the time.

Being a Christian, Phillip added, he really regretted hitting the driver. He explained that he just got worried for the safety of his family who were with him in the car.

Phillip related that the altercation happened around 10:30 a.m. along EDSA corner Boni Avenue when the bus driven by Baino crossed the yellow lane and hit the side mirror of his silver gray car.

Baino replied that he did not see the actor's car while maneuvering his bus. Phillip stepped out of the car and tried to hit the driver through the bus window. And then he boarded the bus, hit Baino on the head and threw a punch to his forehead. The actor stressed that he did not maul the bus driver.

What aggravated Phillip was that the driver never apologized to him. He stated in the interview, "I was just waiting for a 'sorry', wala akong narinig. Sabi niya sorry daw siya nang sorry, wala. Gusto lang nila kasi kumita sa mga artista."

During the confrontation, a traffic enforcer intervened and issued a traffic-violation ticket to Baino. The actor immediately clarified that he did not demand that the traffic officer issue the ticket. But the officer volunteered to give the ticket because he himself saw that the public vehicle had gone out of the yellow lane.

At press time, according to GMA News, the Mandaluyong City Police has yet to get a statement from Baino, who had earlier declared that he would file unjust vexation and physical injuries against the actor.