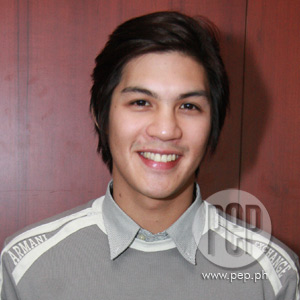 In the first part of the February 20 episode of the reality show, PFF host Ryan Agoncillo announced the name of the tenth person eliminated from Pinoy Fear Factor. In the previous stunt, the Final Three—composed of Janna Dominguez, Marion dela Cruz, and Jommy—had to put a tarantula in their mouth for two minutes before eating the arachnid in the shortest time possible.

When he and Janna had some time together before he left, Marion sincerely told Janna, "Panalo na ko kasi nakilala kita. Proud ako sa 'yo. Talunin mo si Jommy, ha," he said before hugging her tight for one last time in Argentina.


CAR ROLL OVER STUNT. For the El Ultimo Duelo, the final two participantes had to drive a car at top speed towards a ramp that triggers an explosion upon contact. The car's distance farthest from the ramp will be declared the winner of the challenge and the overall winner of Pinoy Fear Factor.

Janna, an 18-year-old standup comedienne, faced Jommy, a 24-year-old model, in a dark parking lot bathed in dramatic lighting. When the smoke cleared, Ryan indicated that their last stunt is called the Car Roll Over stunt. A stuntman then revved up the engine of a black car that hit the ramp and triggered a huge explosion.

The female participante exclaimed, "Napanood ko na ito! Ang saya!" She gave a high-five to Jommy and waited with much excitement for her turn. Jommy, pumped up with adrenalin and determination, was the first to take the challenge.

He revved up his engine and cameras inside the car showed how powerful the impact was when the car flipped over and landed on its roof.

Jommy, known as the "Scorpion King" for being bitten by the arachnid, was asked to turn around so he won't be able to see immediately how far Janna's car will land from the ramp. After she completed the stunt, Ryan himself measured the distance from the starting line to the car.

Jommy Teotico is Pinoy Fear Factor's first El Ultimo Participante. He is given P2 million pesos and is now the owner of brand-new Avida house and lot from Ayala Land.


With reports from Lyn Luna Montealegre