Actor Johnny Delgado says most of his cancer cells are gone 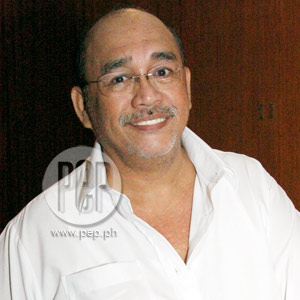 Last year, news came out about Johnny Delgado's illness and it said that the award-winning actor had colon cancer. When Startalk spotted Johnny at Jinggoy Estrada's birthday party last February 20, Johnny gave an update on his health.

After being informed that his days were numbered, Johnny just left everything to the Lord.

"All the while, I'm in prayer," Johnny said. "Hindi naman ako pababayaan, e."

What was thought to be cancer of the colon, however, turned out to be something else. "May biopsy pa, naiwan," said Johnny. "Noong lumabas yung biopsy, e, nagsigawan mga doctor!"

The good news was, Johnny learned that lymphoma is treatable. "Chemo would melt it like butter," Johnny was told by his doctor.

Another good news is that Johnny is responding well to the treatment. "Up to now, they gave me six cycles of chemo. After my third chemo, pinasok ulit ako sa CT scan para malaman kung I'm responding or kung may problema."

The doctors discovered that 85 percent Johnny's cancer was gone after the third chemo.