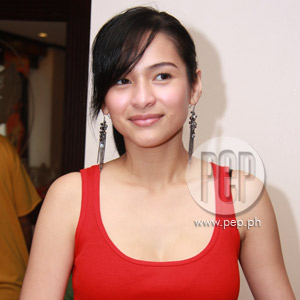 In the latest update received by PEP (Philippine Entertainment Portal) earlier this evening, the actress reportedly assured the executive producer of her afternoon drama series, Paano Ba Ang Mangarap?, through a text message that she will show up tomorrow for taping.

MANAGER STILL CLUELESS. Jennylyn, in less than 24 hours, had stood up three important commitments, which were all intended to help promote her solo concert titled I Am Woman.

She was supposed to guest yesterday, May 9, on Startalk before proceeding to Max's restaurant on Scout Rallos, Quezon City, to grace a mini-press conference for her concert. The invited entertainment reporters, however, were greeted by the actress-singer's manager, Becky Aguila, who informed everyone that her ward was missing and untraceable since mid-afternoon.

Jennylyn and Becky, according to Calvin, have yet to talk about the incident.