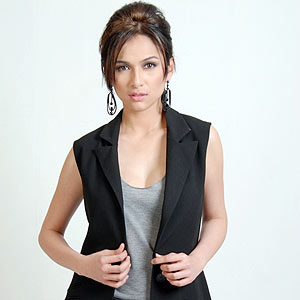 Jennylyn Mercado's I Am Woman concert "will push through as scheduled" according to director Calvin Neria in a text message sent to PEP (Philippine Entertainment Portal).

Despite the recent controversy preceding her solo concert, producers assure the public that Jennylyn Mercado's solo concert billed I Am Woman will proceed tomorrow evening, May 14, at the Music Museum in Greenhills, San Juan.

"It will push through as scheduled," director Calvin Neria informed PEP (Philippine Entertainment Portal) through a text message.

Considered as Jennylyn's coming-out concert, I Am Woman aims to highlight the actress-singer's maturity as an artist and performer.

"We want everyone to see the new Jennylyn," said manager Becky Aguila to the members of the press last May 9.

Jennylyn's repertoire will consist of various genres, from dance to pop standards to OPM hits—with most of the songs touching on the meaning of love, life, and growing up. Calvin expressed awe that Jennylyn, despite being only 21, loves standard tunes.

CHRISTIAN TO SHOW UP. One of Jennylyn's special guests for the evening is singer Christian Bautista.

Yesterday, May 12, it was reported here in PEP that Christian was rushed to the hospital after experiencing severe headache and fever. The balladeer was scheduled to travel to Isabela to serenade the candidates of a local beauty contest. Christian was not able to attend the event as he personally requested to be confined.

However, Oliver Oliveros of STAGES, the company handling Christian's career, told PEP in a phone conversation that Christian will most likely show up for Jen's concert.

"Gusto niyang [Christian] gawin [perform in Jen's concert]," said Oliver, who added that Christian will be discharged from the hospital tomorrow morning.

The voice behind the hit ballad "The Way You Look At Me" reportedly tested negative for dengue fever.