Senator Bong Revilla on Hayden Kho: "A pervert of the highest kind" 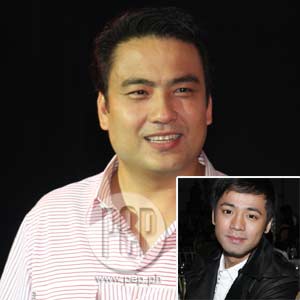 Sen. Ramon "Bong" Revilla believes that the current pace of voyeurism should be stopped to protect the dignity and rights of women, hence, he submitted Senate Bill No. 12.

Hayden Kho's sex videos, which began proliferating on Internet websites a few weeks ago, now capture the attention of no less than a member of the Philippine Senate: Sen. Ramon "Bong" Revilla Jr.

In his privilege speech delivered today, May 19, the Senator put emphasis on preserving the women's dignity and rights and cited Hayden Kho's "explicit sexual acts" with three women as main examples.

According to the action star turned politician, the act of taking hidden footage of the naked ladies while having sex was a complete insult to any woman's self-respect. What troubled him most was the fact that a doctor was behind all of it.

With that, he presented a code of law (Medical Act of 1959) stating that a doctor may be relieved of his duties should he display immoral or dishonorable conduct.

The videos showed how Hayden took advantage of the ladies' trust, and eventually "ruined the dignity and honor of these poor and hapless women."

"PERVERT OF THE HIGHEST KIND." Senator Revilla continued his attack against the cosmetic doctor, saying that the female celebrity has been saying "sorry" for the incident for the past few weeks, "pero ni minsan, itong manyak na ito ay hindi humingi ng paumanhin."

He added that someone who would hide a video camera and place it where the woman was sure to be seen is clearly a perversion. "Ginoong Pangulo," Bong stated directly, "Ang tinutukoy ko po ay si Dr. Hayden Kho who is a pervert of the highest kind, a predator who has no conscience nor respect for women."

He also informed the Senate that he has written to the PRC (Professional Regulation Commission) to request that they revoke Hayden's license and ban him from his medical practice.

VOYEURISM SHOULD BE PUNISHED. Given the growing popularity and speed of the Internet, the Senator felt the need the address the issue right away.

Bong stressed, "Huwag na nating hintayin na may iba pa siyang mabiktima. Ito ang dahilan kung bakit isinumite ko itong Senate Bill Number 12 na magpaparusa sa mga taong gumagawa nito. I believe that voyeurism should be punished, and the publication of sex videos with or without the consent of the parties should be dealt with properly.

Meanwhile, a source told PEP (Philippine Entertainment Portal) that Hayden had already heard about the Senator's reaction to his sex videos. The doctor, who's turning 29 tomorrow, was reportedly upset, and could only say: "Ipagpapasa-Diyos ko na lang..."