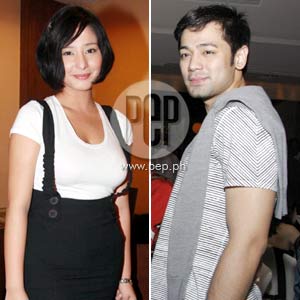 In the midst of the Hayden Kho sex-video scandal, PEP recalls past showbiz issues that helped push the Senate and other government officials to take a hard look at our laws and enact stronger ones.

While showbiz issues are often the talk of the town, rarely do these catch Senators' attention enough for a privilege speech on the floor and a public hearing, as the recent Senate inquiry on the Hayden Kho sex-video scandal did. In such cases, not only do the personalities enjoy celebrity status and media hype, making them "public property," their entanglement becomes a real-life issue affecting the public.

In particular, the Hayden Kho case raises this public concern: In this age of the Internet and digital gadgets like cell phones and DVDs, who really is safe from "cyber voyeurism?" Senators like Bong Revilla are up in arms for its abolition through laws that would protect citizens' privacy against unwanted public exposure. Pia Cayetano filed the proposed Anti-video Voyeurism Act of 2009 last May 20, a day after Sen. Revilla exposed the sex videos shot by Hayden Kho with Katrina Halili.

This Anti-voyeurism bill authored by Senators Chiz Escudero, Miriam Santiago, and Pia Cayetano was passed by the Senate last June 5. The bill penalizes anyone who captures an image of an individual's private parts without his or her consent. It adopts Senator Bong Revilla's proposal that voyeurs and sex video distributors be penalized six to ten years and fined P100K - P500K.

According to Sen. Miriam Santiago, she had a similar bill already filed as early as July 4, 2007. She was referring to The Anti-Cybersex Act of 2007 to end all cybersex-related activity, including the uploading of sex-related digital media. The said bill is still pending in the Senate Committee. (www.senate.gov.ph) Due to the recent Hayden Kho sex-video scandal, interest in the said bill was revived.

Sen. Ramon "Bong" Revilla Jr., also had been stressing, since April 2008, the importance of ratifying the Anti-Pornography Bill.

PEP (Philippine Entertainment Portal) recalls past showbiz scandals that similarly made government officials sit up. First, how do celeb-related cases end up in the Senate?

BASIS FOR CONDUCTING A SENATE INQUIRY. The Senate may conduct formal inquiries in aid of legislation if the matter is within its competence. Senators and non-members can file petitions, given that all go through the proper process of filing for an investigation. (www.senate.gov.ph)

According to the Rules of Procedure Governing Inquiries in Aid of Legislation (also on the Senate website), the Senate takes on any case that will help the lawmakers enact or re-examine any law, and review legislative policies or formulate new ones.

Public hearings are the norm for these investigations, though factors like personal safety can limit an inquiry to an Executive Session, which only the Senators and the people concerned can attend. An Executive Session is rare in the case of celebrity hearings.

Lest we forget, however, media reports and strong public opinion play an important role in elevating scandals to the realm of national interest.

The following star-studded cases became the subject of Senate inquiry or intervention by other government officials:

1994 BRUNEIYUKI SCANDAL. The Bruneiyuki scandal and Keanna Reeve's Escort Service exposé in the '90s caught the Senate's attention at a time when the public, especially women's advocacy groups, were protesting against human trafficking. The Bruneiyuki Scandal, which involved Ruffa Gutierrez, Maritoni Fernandez, Gretchen Barretto, and Cristina Gonzales in 1994, became a national issue when the Senate handled the case "in aid of legislation" on prostitution and trafficking in women.

Ruffa and others were allegedly paid to entertain one of the Sultan's brothers in Brunei. Rosanna Roces, who claimed to have been one of the Brunei beauties, stepped up and exposed the case with the help of then senator Ernesto Maceda Jr. But the issue went up in smoke due to lack of evidence and waning of public interest in the controversy.

Nonetheless, the 1994 Bruneiyuki scandal and similar cases of alleged prostitution opened the doors for a law that was eventually enacted against trafficking in persons, especially women and children, the Anti-trafficking in Persons Act of 2003 (Republic Act no. 9208).

1994 FILMFEST SCAM. The infamous "Take it! Take it!" was uttered during the 20th Metro Manila Film Festival that shook the movie industry in 1994.

The Best Actress award, originally meant for Aiko Melendez, was given to Best Actress nominee Ruffa Gutierrez (Loretta) by her friend, Miss Universe 1994 contestant from Mauritius, Viveka Babajee. The Best Actor trophy, which was supposed to be given to Edu Manzano, went to Gabby Concepcion (Loretta).

The brains behind the switching of awards was talent manager Lolit Solis. Gabby Concepcion, who was managed by Lolit at the time, blew the whistle and announced Lolit's role in the scam. Lolit pleaded guilty and was sentenced under the probation law; she wasn't imprisoned but remained under court supervision.

Through the efforts of Mayor Alfredo Lim, together with the Metro Manila Film Festival committee, the controversy was resolved and the awards were rightfully given to Aiko Melendez. and Richard Gomez. Eventually, the case was dismissed under Mayor Lito Atienza's term.

2004 ESCORT-SERVICE ISSUE. Pinoy Big Brother Celebrity Edition winner Keanna Reeves, aka Janet Derecho Duterte before earning that title, became known in showbiz circles for a controversy that was similar in some ways to the 1994 Bruneiyuki scandal. Keanna gained public attention when she exposed a private escort service in December 2004. At a Senate hearing, Keanna confessed that several lawmakers were among her clients.

Keanna's exposé drove the women's coalition Gabriela to call for stronger resolutions against philandering government officials. The exposé also became the springboard of her showbiz career.

1997 JOJO VELOSO AND ANGELICA JONES. Actress Angelica Jones used to be a host of the defunct noontime shows MTB (Magandang Tanghali Bayan) and Chow Time Na! When Angelica was 14 years old, her manager Jojo Veloso had her attend a fashion show where he attempted to pimp her to a Chinese national for 45 thousand pesos. According to Angelica, she refused and told her mom, who then filed a sexual harassment case against the manager.

Angelica being a minor at the time and with Jojo's status as a controversial celebrity manager, the case inevitably landed in the Senate and went up to the courts in 1997. Angelica won her case. Although not triggered by Angelica's case against Veloso, the Anti-Sexual Harassment Act of 1995 (Republic act no. 7877) did help Angelica prove her case.