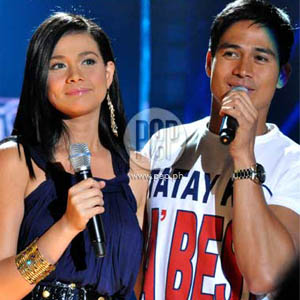 Last June 21, ASAP 09 glittered withthe brightest stars, with the next big names in showbiz performing in one huge production.

One of the highlights of the segment was the parade of the teleserye queens and princesses, and leading men and matinee idols.

Pokwang and Chokoleit also walked the ramp, not failing to make the audience laugh with their antics.

The grand entrance of May Bukas Pa lead star Zaijan Jaranilla was one of the most applauded instances.

Rica Peralejo also returned to ASAP 09 with a number entitled "That's All." She was joined by the Coverboys Victor Basa, Jon Avila, Zanjoe Marudo, and Jake Cuenca.

The celebration wrapped up with the inspirational production number of a group called Voiz Boyz, composed of Ronnie Liang, Nico Antonio, Guji Lorenzana and Jay-R Siaboc.

Star Magic's wand is expected to produce more talents in the years to come.