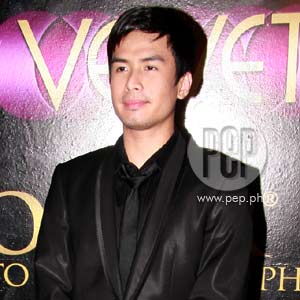 Christian Bautista finally laid to rest the ghost of 2007 with his flawless rendition of the "Lupang Hinirang" at the opening ceremony of the 85th National Collegiate Athletic Association (NCAA) held at the Araneta Coliseum in Cubao, Quezon City, last June 27.

Last Saturday, June 27, at the opening ceremony of the 85th National Collegiate Athletic Association (NCAA) at the Araneta Coliseum in Cubao, Quezon City, the 27-year-old balladeer finally achieved redemption as he delivered the Philippine National Anthem flawlessly in front of a sellout crowd composed of students, varsity players, prominent personalities and representatives coming from various colleges and universities.

It will be recalled that Christian drew flak from critics after he accidentally skipped a few lines of the "Lupang Hinirang" in an exhibition boxing duel between Gerry Peñalosa and Concepcion Bernabe held on September 16, 2007 in Alabang.

"I apologize to the Filipino people for the lapse of memory that occurred yesterday during my rendition of the National Anthem. I was recovering from a cold and the adrenalin and excitement of the moment got me through it. Unfortunately, it was at the cost of a momentarily lapse on my part. I promise that my next rendition of our National Anthem will be faultless," said Christian in a statement released immediately after the event.

SECOND CHANCE. The blunder undoubtedly hounded Christian for a few months as the incident became a national issue with some politicians jumping on it to gain considerable media mileage.

"Right now I want to encourage other people na kahit nagkaroon ka ng big mistake, you must not stay there, rise up and still be a good example. In the case of our National Anthem, if they ask me to sing, I will sing it with all of my heart. I won't be terrified," Christian boldly told PEP (Philippine Entertainment Portal) in a file interview dated September 25, 2007 conducted at the Hard Rock Café in Makati City.

That second chance came last week and Christian made good on his promise, fastidiously preparing and practicing for days before the NCAA curtain-raising event.

"When ask what his [Christian] thoughts were while singing last Saturday, he had this to say: 'I was nervous and hesitant at first but I thought it's about time to face this challenge again. I practiced singing the anthem everyday even until the last moment.

"'I told God, this is it, I've done my part now I leave the rest to You. I sang it proudly and succeeded. I hope this part of my life will serve as an encouragement to others not to be afraid to face past failures. To be brave to try again until they succeed.'"