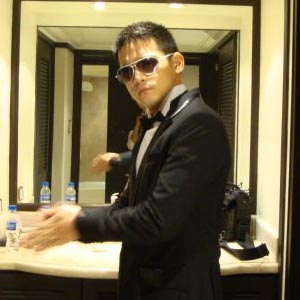 People who lived through the '90s would name Robin Padilla as the "Bad Boy of Philippine Movies." But he's not actually the first to earn that moniker in local showbiz.

After two more films—Walang Awa Kung Pumatay and Barumbado, both in 1990—Robin starred in Bad Boy (1990), which gave him the label that would stick to him from then on.

Dubbed "Bad Boy of Philippine Cinema," Robin's rugged macho image and controversial lovelife, propelled his popularity and bankable asset as an action star. But his reign was put on hold when he got busted for illegal possession of firearms on July 21, 1994. He was sentenced to 21 years in jail but pardoned and released in 1998.

Robin not only carried the title "Bad Boy," he lived it. He admitted being wayward in his youth, before he entered showbiz and had a well-publicized fight with actor Richard Gomez.

After jail time, Robin returned to showbiz, mellowed and mature. Gone were his bad-boy ways that spawned controversies. However, the moniker "Bad Boy" stuck to him and continues to be synonymous with his name.

Before Robin Padilla, there were other actors who were also given the title "Bad Boy of Philippine Cinema" by local showbiz's publicity machines.

And there were (and are) also actors who, because of events that exposed their bad side, attained the reputation of being "bad boys" themselves.

PEP (Philippine Entertainment Portal) now recalls these actors. First, those who carried the title only for publicity:

ACE VERGEL. He started his acting career as a child actor. He was the only son of 1950's stars Alicia Vergel and Cesar Ramirez. His first project at age four was the horror movie Taong Putik (1956). In 1959, he was the boy with a monster bird for a pet in Anak ng Bulkan, starring the King of Philippine Movies Fernando Poe Jr. At age 25, Ace was re-introduced in Lino Brocka's tear-jerker Inay (1977) and he did drama movies afterwards.

In the 1980s, he reinvented himself and became an action star. He starred in movies that oftentimes saw him playing a character who always had brushes with the law, or a street toughie who fought the rich and powerful but always got the pretty-sexy-rich chicks.

His "bad boy" portrayals were such a hit among movie fans that the press started calling him the "Bad Boy of Philippine Movies." His films such as Tatak Angustia (1980), Tres Kantos (1982) and Pieta (1983) were well-received not only by the paying movie audience but by the critics as well.

In 1989, he even received a Best Actor award from the Gawad Urian for his portrayal in Anak ni Cabron (1988).

In the '90s, he began to live his "bad boy" image when he had problems with the law. In 2000, a warrant of arrest was issued for rape cases filed against him. He was also involved in a drug-bust operation and charged with illegal-drug use. The charges against him, however, were later dropped.

LOU SALVADOR JR. He was first billed as "The James Dean of the Philippines." Lou Salvador Jr. was discovered in 1957 at age 16 while looking for his brother, actor Leroy Salvador, at the LVN Studios. After playing a bit part in Hukom Roldan (1957), Lou got an important part in the movie Sanga-sangang Puso that same year. He played second lead in Troop 11 (1957), and was finally launched in 1958 via the movie Bad Boy, the movie that also gave him the title "Bad Boy of Filipino Movies."

There are no known records of him getting into trouble with anyone inside or outside showbiz. The "Bad Boy" brand did not stick too much on Lou; instead, he was more popularly known as the Philippine showbiz's version of the star of Rebel Without A Cause (1955) and East of Eden (1955). He continued mimicking James Dean in some of his movies until 1964. After his last movie in 1976 (Itim), he migrated to the U.S. and stayed there for 25 years, until his death on April 19, 2008, in Las Vegas, Nevada. He died of lung cancer at the age of 66.

Next, the actors who carved their reputation as real "bad boys."

"Geisler is one of the most controversial young actors of this generation. While his performance as an actor is stellar and his career becoming stiff, he has confessed to being addicted to alcohol, and has been involved in numerous brawls.

One of said brawls is a bar scuffle, in fact, left him with two visible scars on his left cheek. His own mother eventually signed him up in a detox facility (for ten days) thus helping him earn the nickname as the 'Wild Child' of Pinoy Big Brother: Celebrity Edition 2 and, recently, as the newest 'Bad Boy' image in Philippine Showbiz.

"He is currently facing a lawsuit against fellow former Pinoy Big Brother housemate Yayo Aguila's daughter Patricia, accusing him of an alleged sexual harassment in which Geisler has denied engaging."

The site's information on Baron is obviously not updated. He was recently logged by young actress Yasmien Kurdi in a police blotter for unjust vexation and acts of lasciviousness. Baron allegedly touched Yasmien on her delicate parts, uttered rude sexual remarks, and masturbated in front of the young actress. Baron denied Yasmien's accusations and finished working with her in GMA-7's SRO Presents: Suspetsa.

JOHN REGALA. Undoubtedly, John Regala is one of the finest actors of his generation. But just like Baron, John has a knack for trouble. The former teen star turned award-winning actor always gets into trouble because of his ill-temper.

John had his battles with drug addiction in the past and exerted efforts in "cleaning" his system to get acting jobs and fix his personal life. He managed to get acting jobs in TV and movies as a result of his efforts, but from time to time, John's temper gets him into bad situations.

His most recent flare-up was against a taxi driver during a road accident last year. The poor taxi driver received punches from an angry John who got all worked up after the driver allegedly called him "tarantado."

EDDIE FERNANDEZ. The 1960s saw the emergence of controversial actors and actresses in Philippine showbiz. Among them was action star Eddie Fernandez.

Eddie, from the start of his career, was meant to do only action movies. He became popularly known with the success of his movie Lagalag (1964). He continued to have a smooth and successful acting career until September 17, 1969.

On this date, Eddie shot and killed a Bulacan businessman in a gunfight in Quezon City. Eddie and his companions, which included fellow actor Berting Labra, opened fire on a vehicle carrying the victim, young businessman Renato Pangilinan; actress Rosanna Ortiz, and three other passengers.

Eddie, Berting, and the other three men involved in the shooting were tried and sentenced by the court in connection with the death of Pangilinan. Eddie and Berting served 13 years in prison and were pardoned and released in 1982.

Upon his return to showbiz, Eddie did movies again but later quit after getting involved in drugs. He was on the watchlist of the police anti-narcotics unit and was killed in a shootout after a brief chase with elements of the NBI and the anti-narcotics unit of the PNP in 1993.

NARDING ANZURES. The baddest of the "bad boys" in a crime of passion.

Lilian first came into limelight when she won an amateur radio singing contest in the mid-1930s. She popularized the kundiman "Sa Kabukiran," which was later made into a movie starring her and her killer-to-be Narding Anzures.

Narding, the authorities theorized, was madly in love and obsessed with Lilian. They had been paired before in other LVN Productions prior to their film Sa Kabukiran. They were onscreen partners, a loveteam. Narding wanted something more, something deeper between him and Lilian. But this was impossible as Lilian was already married to her discoverer and director Joe Climaco. They married in 1942 and had a daughter named Vivian.

Lilian thwarted his advances towards her. Moreover, news about him being replaced by actor Jaime dela Rosa as Lilian's onscreen partner made Narding furious.

And so, with an army hunting knife and consumed with anger, Narding went to the Climacos' house. Joe was deep in work during that time and had no idea his wife was about to be killed.

Narding forced his way into the house, stabbed Lilian to death, and then killed Pacita who was screaming for help. After killing Pacita, he went to look for Nenita and the then four-year-old daughter who hid inside the bedroom, where Lilian was killed.

Realizing his crime, Narding fled the house and went into hiding. Joe was hysterical when he reached home and saw the dead bodies of his wife and their maid. Narding was soon captured, tried and sentenced to two life-imprisonment terms in Bilibid Prisons, Muntinlupa. He was released on pardon during Elpidio Quirino's term as president of the Philippines (1948-53). Narding died of tuberculosis two months after his release. He contracted the disease during his stay in prison.

In 1995, Carlo J. Caparas produced and directed a movie based on this tragedy, titled The Lilian Velez Story: Till Death Do Us Part, starring Sharon Cuneta as Lilian Velez, Joel Torre as Joe Climaco and Cesar Montano as Narding Anzures.