Thirteen high-profile cases that became the talk of the town 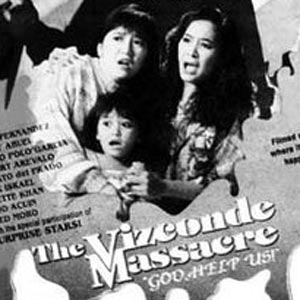 Several high-profile criminal cases in the country were adapted by top-grossing movies over the years. For instance, the 1993 film The Vizconde Massacre Story (God Help Us!) made so much money at the tills, its director Carlo J. Caparas did a sequel the following year. The result was the not-so-succesful film The Untold Story: Vizconde Massacre 2 - God Have Mercy On Us, starring Vina Morales.

Heinous crimes never fail to hit the six o'clock TV news and hog front-page headlines. Once reported by the media, these sensational stories evolve into myth, the facts entangled with speculation and gossip, until some creative, enterprising filmmaker comes up with a bigger-than-life version.

The courts have the last say, of course, in putting the perpetrators behind bars. But in some cases, the principle of crime-and-punishment gets turned on its head. Convicted killers and rapists go scot-free after some years or suspects are never caught in the first place.

Whether or not justice has been served, the public is torn between sympathy for the victims (grateful that "there but for fortune go I") and the fear that crime may be just a breath away.

In any case, here are 13 of the most talked-about Philippine criminal cases, starting from the most recent. You be the judge—would you whip up a horror movie or would you make a documentary?

The Alabang Boys. On September 20, 2008, Richard Santos Brodett, Jorge Jordana Joseph, and Joseph Ramirez Tecson were arrested by the Philippine Drug Enforcement Agency (PDEA) for drug trafficking. The three were dubbed the "Alabang Boys" due to their prominent and affluent backgrounds. More than two months later, the Dept. of Justice ordered their release. PDEA opposed the decision, based on reports that the government agency was reportedly bribed 50 million pesos for the favorable decision. The suspects are still in jail.

Cris Mendez Hazing Case. On the night of August 27, 2007, the lifeless body of Cris Mendez arrived at the Veterans Memorial Medical Center. The 21-year old Public Administration senior from the University of the Philippines, Diliman, Quezon City sustained severe blows to his body, allegedly due to hazing by members of the Sigma Rho fraternity. Filipinos sympathized with the grieving mother for she lost a good son who dreamed of taking up Law. The case remains unsolved.

Subic Rape Case. One of the longest-running cases in the country was the rape case filed by "Nicole" (not her real name) against several members of the US Marines. According to Nicole, she was raped by Daniel Smith in a moving Starex van on the night of Nov. 1, 2005, while Chad Carpentier, Dominic Duplantis, and Keith Silkwood cheered him on. Smith countered by saying they had consensual sex, but he was sentenced to reclusion perpetua by the Makati Regional Trial Court in December 2006. Smith returned to the United States in 2009 after he was acquitted by the Court of Appeals on the basis of Nicole's written retraction that she wasn't sure she was raped. The victim reportedly lives in the US at present.

Nida Blanca Murder Case. On November 7, 2001, the bloody corpse of veteran actress Nida Blanca—with 13 stab wounds—was found inside a car on the 6th-level parking lot of Atlanta Center in Greenhills, San Juan. Her husband Roger Lawrence Strunk, the principal suspect in the case, died six years later when he allegedly committed suicide by jumping from the 2nd floor of the US inn where he was staying.

Chiong Sisters Rape Case. At about 10:00 p.m. of July 16, 1997, sisters Marijoy and Jacqueline Chiong were waiting for a ride home at the Ayala Center Cebu. Suddenly they were forced into a car and taken to two locations, where they were repeatedly raped. The badly bruised body of Marijoy, a college beauty queen, was found in a swamp the next day. Jacqueline's body was never found. Seven years later, the high court convicted to death five of the seven suspects, including Francisco Juan "Paco" Larrañaga, a scion of the prominent Osmeña clan. In 2007, the Supreme Court barred the showing of the film Butakal: Sugapa sa Laman, which was based on the Chiong Sisters Rape Case. This month, the family of the victims voiced protest when the Dept. of Justice ordered the deportation of Larrañaga to Spain.

Jaloslos Rape Case. In 1996, former Zamboanga del Norte Rep. Romeo Jaloslos was charged with the rape of an 11-year old girl. The child alleged that her father sold her to Jaloslos, who paid to have sex with her. Jaloslos's defense was that he believed the girl was older than her stated age. In December 2007, the former congressman was convicted to two life jail terms. He was eventually granted pardon by Pres. Gloria Macapagal-Arroyo after serving 13 years in prison.

Castillo Slay Case. In Sept. 1993, Elsa Castillo's mutilated body parts were found scattered along a road in Sta. Rosa, Laguna. A sole witness, Demetrio Ravelo, said he helped Castillo's lover, American Stephen Mark Whisenhunt, dispose of the body parts on Sept. 25. Based on the testimony of Ravelo, Whisenhunt's personal driver, the Pasig City RTC found Whisenhunt guilty beyond reasonable doubt of murder and imposed the penalty of reclusion perpetua plus damages. The case was the basis for the 1994 film The Elsa Castillo Story... Ang Katotohanan, directed by Laurice Guillen and starring Eric Quizon and Kris Aquino.

Sarmenta-Gomez Rape-Slay Case. On June 28, 1993, UP Los Baños students Eileen Sarmenta and Allan Gomez were abducted by the men of former Calauan, Laguna Mayor Antonio Sanchez. Sanchez raped Sarmenta the whole night and then had her killed. Gomez, on the other hand, was tortured by Sanchez's men and then gunned down. On March 11, 1995, the Pasig City RTC found Sanchez and his men guilty of the rape-slay, and were sentenced to several life jail terms. The case was the basis for the 1993 film Humanda Ka Mayor!: Bahala na ang Diyos, directed by Carlo J. Caparas and starring Aga Muhlach and Kris Aquino.

Hultman-Teehankee Murder Case. On the morning of July 13, 1991, 55-year old Claudio Teehankee Jr. alighted from his car parked in Dasmariñas Village and fired at Roland John Chapman, 21, Maureen Hultman, 16, and Jussi Leino, 24, without any reason. Chapman died instantly; Hultman expired after 97 days in the hospital. Leino, who survived the rampage, was the State's star witness and was instrumental in sending the suspect to prison. After more than 17 years in jail, Teehankee was granted clemency by Pres. Gloria Macapagal-Arroyo. The victims' families were outraged by his release.

Maguan and Rolito Go Murder Case. On the evening of July 2, 1991, construction magnate Rolito Go, fresh from a fight with his girlfriend, vowed to shoot the first person who would get in his way. He fulfilled his promise. When his car nearly collided with the car of engineering graduate Eldon Maguan, he quickly alighted from his vehicle and shot the 21-year old, who was still at the wheel. Go was sentenced to life imprisonment.

The Vizconde Massacre. On the morning of June 30, 1991, the lifeless bodies of Estrellita Vizconde, 47, Carmela, 18, and Jennifer, 7, were found in their home in Parañaque. They were stabbed to death. Carmela was raped before she was killed. Sentenced to reclusion perpetua were Hubert Jeffrey P. Webb, son of former Senator Freddie Webb; Antonio "Tony Boy" Lejano II, son of actress-singer Pinky de Leon, and four others. The case was the basis for the 1993 film The Vizconde Massacre Story (God Help Us!) directed by Carlo J. Caparas and starring Romeo Vasquez and Kris Aquino.

Maggie dela Riva Rape Case. On June 26, 1967, four men abducted and raped movie actress Magdalena "Maggie" dela Riva, 25. Her testimony led to the conviction of Jaime G. Jose, Basilio Pineda, Jr., Edgardo P. Aquino, and Rogelio Cañal, who were all sentenced to death. The execution of Jose, Pineda, and Aquino was shown live on television in 1972. Cañal died in prison. The case was the basis for the 1994 film The Maggie dela Riva Story (God... Why Me?) directed by Carlo J. Caparas and starring Ricky Davao and Dawn Zulueta.