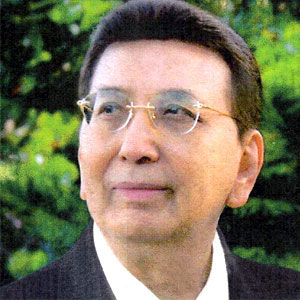 Ka Erdy in a 2001 photo. The INC leader appeared before the INC membership by video in the Church's 95th anniversary special last July 27.

Bro. Eraño G. Manalo, the Executive Minister of the Iglesia Ni Cristo, passed away yesterday, August 31, at 3:53 p.m. He was 84. The minister died of cardiopulmonary arrest, which according to www.freedictionary.com, is the failure of ventricles of the heart to contract, with the consequent absence of the heartbeat leading to lack of oxygen.

The remains of Ka Erdy, as Bro. Manalo was affectionately called by INC members, will lie at the INC Central Temple located on Commonwealth Avenue, New Era, Quezon City, and will be open for public viewing today, September 1, starting 3 p.m.

THE IGLESIA'S HISTORY. The Iglesia Ni Cristo or Church of Christ, was registered in the Philippines on July 27, 1914 by Felix Y. Manalo, the father of Ka Erdy. Ka Erdy would go on to preside over the INC for 46 continuous years after the death of his father in 1963.

An official INC pamphlet, published for the INC's 95th anniversary this year, says that the INC is composed of more than 102 races worldwide; more than 5,400 locales, or parishes; and 104 ecclesiastical districts in the Philippines and in 90 other countries in six continents.

The INC is also "the largest entirely indigenous Christian religious organization that originated from the Philippines." Starting from a small congregation of followers in Punta, Santa Ana, Manila, in 1914, the INC grew to have churches and followers in North America, Europe, Australia, and South Africa. (Wikipedia)

The INC believes in one God, in Christ as the savior, and in Christ as a human being. Unlike the Catholic Church, the INC does not subscribe to the Trinity (or God the Father, God the Son, and God the Holy Spirit), nor does it venerate angels and saints. As a church, the INC is considered a powerful force in Philippine society, in part because its members vote as one block.