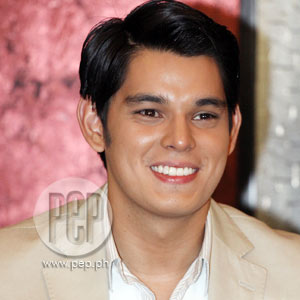 "Yes, he [Richard, in photo] will be imprisoned for a maximum of 6 years if there is sufficient evidence gathered by the court. The Metropolitan Trial Court of Silang has the jurisdiction and has the final decision of the case," said Cavite Provincial Chief Prosecutor Emmanuel Velasco in an exclusive interview with PEP.

A maximum of six years imprisonment may be served against Richard Gutierrez if the Municipal Trial Court (MTC) of Silang, Cavite, finds him guilty of Reckless Imprudence Resulting in Homicide, in connection with the death of his personal assistant Nomar Pardo last May 22, after the car Richard was driving met an accident.

In an exclusive interview with Cavite Provincial Chief Prosecutor Emmanuel Velasco this morning, September 22, he said the actor will face the penalty if the Court finds sufficient evidence against him.

"Yes, he [Richard] will be imprisoned for a maximum of 6 years if there is sufficient evidence gathered by the court. The Metropolitan Trial Court of Silang has the jurisdiction and has the final decision of the case," said Velasco.

Last Sept. 18, the Provincial Prosecutor's Office charged Gutierrez with Reckless Imprudence Resulting to Homicide, after finding "probable cause" for his liability in the accident, less than two months after Nomar's widow, Lorayne Pardo, formally filed a complaint. (Click here to read related story.)

According to the charge sheet, the actor was "overspeeding" when his car hit a PLDT post and three coconut trees along the Sta. Rosa-Tagaytay Road on the early morning of May 22, 2009.

The charge sheet read: "[Gutierrez], being the driver, in-control and in-charge of a Nissan GT-R sedan... willfully, unlawfully and feloniously managed without due regard to traffic laws... by driving the said motor vehicle at speeds grossly in excess of the limits allowed by law [bumped] a Meralco concrete post and three coconut trees with tremendous impact causing multiple injuries to... Nomar Pardo y Estes which resulted to the latter's untimely death to the damage and prejudice of his heirs.

Prosecutor Velasco added that 30 days after his office files the charge, the MTC will issue a warrant of arrest against Richard if it finds enough evidences against him. But the actor may still post a bail of 30,000 pesos.

"It's up to the court if Richard case will be dismissed, or if there will be a fine for the damages," the prosecutor said.

Prosecutor Velasco added, however, that a settlement is still possible at this stage.