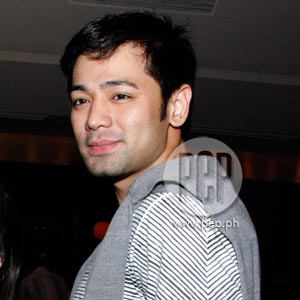 The Philippine Medical Association (PMA) has decided to give Dr. Hayden Kho a two-year suspension for "dishonorable conduct for his admitted use of a prohibited drug and taking a video of his sexual acts with Ms. Katrina Halili without the latter's consent on one occasion."

"The Commission conducted the investigation and on September 14, 2009, the Commission on Ethics gave its recommendation to the Board of Governors. The Commission found Dr. Hayden Kho, Jr., a member in good standing of the Philippine Medical Association, liable for immorality and dishonorable conduct and recommended the penalty of two years of suspension of membership, but to his cooperation in the investigation and his willingness to make amends by helping less-fortunate brothers and sisters, the penalty is reduced to one year of suspension of membership with the Philippine Medical Association.

"The Board of Governors discussed the recommendation in its meeting on September 15, 2009. After taking note of the position papers and affidavits filed in connection with the case, the Board of Governors, by a vote of 13 to 3 with one abstention, resolved to adopt the recommendation of the Commission on Ethics with modification. The Board of Governors finds Dra. Hayden Kho, Jr. liable for dishonorable conduct for his admitted use of a prohibited drug and taking a video of his sexual acts with Ms. Katrina Halili without the latter's consent on one occasion. Instead of the two years reduced to one year, the Board of Governors resolved that the penalty of Dr. Kho should be three years. However, due to the cooperation by Dr. Kho with the investigation conducted by the Commission on Ethics, the admission made by Dr. Kho and his expression of remorse, the penalty is reduced to two years of suspension of membership in the Philippine Medical Association.