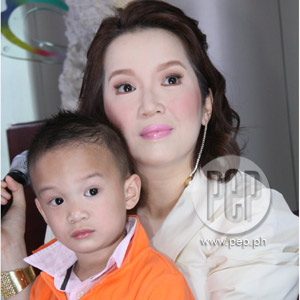 Soon the two-year-and-eight-month-old kid will be working with his mother in his first TV series titled Kung Tayo'y Magkakalayo, which is slated to be shown in the first quarter of 2010.

Kris said it's okay for her second son to play small roles since he's not yet in a regular school.

Of course, Baby James's role won't be as serious as that of other kids in a teleserye.

James Yap also had a strict request about his son's working hours.