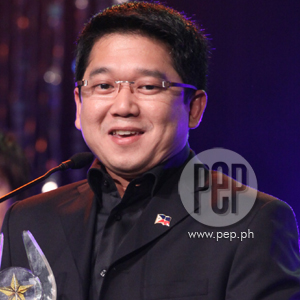 Quezon City Vice Mayor Herbert Bautista has faced various allegations since he declared his intention to run for mayor. Previously, the actor turned politician declined from giving comments when opponent Aiko Melendez accused him of corruption.

"It's a case of political harassment."

This is the short statement of the office of Quezon City Vice Mayor Herbert Bautista in response to a theft case filed against him last week. PEP (Philippine Entertainment Portal) sought Bautista's reaction today, January 28.

According to an article in the January 26 issue of the tabloid, People's Journal Tonight, a businessman named Carlos de Leon has filed a case of robbery against Bautista, who is running for mayor.

De Leon is also the former chief security of the mayoralty bet. In a statement, he said Hero Bautista, Herbert's brother, took from his printing shop in Bgy. Bahay Toro last August 2009 some printing equipment worth 1.2 million.

De Leon said Hero, who allegedly was acting under Herbert's orders, had a key to the printing shop. The businessman said he entrusted a key to Hero because he was a friend. But De Leon added that there was no clear explanation on why the expensive printing equipment was hauled away.

"When I asked Hero why he took away my printer, he arrogantly said the Vice Mayor ordered him to do so," De Leon told People's Tonight Journal.

De Leon said he filed the case to know why the Vice Mayor is "mistreating" him. He added that he knows a lot about Bautista, and he's willing to reveal the actor's "dark secrets" in due time.

POLITICAL HARASSMENT. PEP called the office of Vice Mayor Herbert Bautista this afternoon, January 28, to ask for their reaction. According to Choot de Vera, Bautista's secretary, the Vice Mayor thinks the accusation of theft is only a case of "political harassment."