Lyka Ugarte regrets not being successful at taking her own life 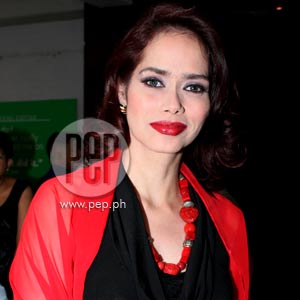 "I don't really care kung ano itawag niyo sa akin. This is my life and I'm tired of it," said the former star of the '80s, who has been diagnosed as bipolar.

Yoraidyl Stone, better known by her screen name Lyka Ugarte, has attempted to take her own life again by slashing her wrists with broken glass.

The 43-year-old former sexy star who gained popularity in the 1980s had been in the news before for her failed attempts to take her own life. She tried it again just as the new year was beginning, and failed.

"After ng huling interview niyo sa akin, which was sometime in October, this is the fifth attempt," revealed Lyka to Showbiz Central yesterday, February 7.

"It really, really, deeply hurts me that after my previous interview, I got a lot of very negative comments," lamented Lyka. "[They're] saying that I should see a psychiatrist and that I am mentally imbalanced. I have been seeing a psychiatrist for the past three and a half years. I have already been diagnosed as bipolar II, and I see my doctor regularly."

Bipolar II disorder, according to www.webmd.com, is a form of mental illness with moods cycling between high and low over time. Most people affected by this disorder suffer from episodes of depression and at times experience symptoms such as suddenly switching from one idea to the next, rapid and loud speech, an increased energy with hyperactivity, and a decreased need for sleep.

The actress emotionally related her experience and expressed regret at not being able to end her life.

DESTROYED RELATIONSHIP BEHIND IT. The reason behind her desire to die is rooted in a failed relationship.

Lyka's friends and even her children have tried their best to make her change her mind.

Defiantly, she said, "I don't really care kung ano itawag niyo sa akin. This is my life and I'm tired of it."