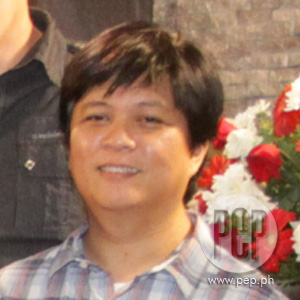 Jeffrey Jeturian's short film imparts the message that ordinary people are still struggling to survive, contrary to the government's insistence that the Philippine economy is improving. The MTRCB decreed that Ganito Tayo Noon, Paano na Tayo Bukas? is banned from being exhibited in cinemas but it can be shown on ANC (ABS-CBN News Channel).

When director Jeffrey Jeturian saw a man peddling furniture on the streets, he was sympathetic to the plight of Filipinos like him who toil under the heat of the sun just to make a living.

That everyday scene spurred him to create his short film Ganito Tayo Noon, Paano na Tayo Bukas? This became part of ANC's film project called amBisyon2010. Aside from Direk Jeffrey, ANC gave a grant to 19 other filmmakers to create short films that would reflect their perception of the state of the nation.

Direk Jeffrey's short film became controversial when it was given an X-rating by the Movie and Television Review and Classification Board. The MTRCB decreed that Ganito Tayo Noon, Paano na Tayo Bukas? is banned from being exhibited in cinemas but it may be shown on ANC (ABS-CBN News Channel).

Direk Jeffrey's film (approx. 10 minutes) shows the page of a newspaper that a kariton-pushing vendor uses to wipe feces from his slipper. The broadsheet contains a controversial ad trumpeting the administration's economic successes. The film's final shot shows Pres. Gloria Macapagal Arroyo's photo on the crumpled newspaper, which is now soiled with shit.

The MTRCB stated that the film was X-rated for "undermining the faith and confidence of the people in government."

EXPECTED RATING. PEP (Philippine Entertainment Portal) was able to interview Direk Jeffrey regarding the X-rating of his film and he pointed out that he was not surprised by the decision of the MTRCB.

Did ANC executives have any qualms about producing this short film?

"They've been supportive all the time. In fact, I was the one who voiced out na baka some people will deem it libelous but sila mismo, when they previewed it, they were convinced na puwedeng ilaban yung short film."

Did Direk Jeffrey meet with the MTRCB?

PEP also talked with Glenda Gloria, chief operating officer of ANC. She revealed that they plan to challenge the X-rating imposed by the MTRCB.

"That [film] is his view of reality and that is freedom of expression. And for us, an X-rating on a political film is prior restraint. We're considering elevating it to a lower court muna," she said.

amBisyon2010 willbe aired through a five-episode weekly series on ANC (ABS-CBN News Channel) every Friday starting April 9 from 6-7 p.m. Replays will be aired on ANC every Saturday from 8-9 p.m. Itwill also be aired on Studio 23 every Friday starting April 9 from 11 p.m. to 12 midnight. Direk Jeffrey's film will be shown on ANC but not on Studio 23.

The complete collection of short films will be screened for free at the UP Film Institute, University of the Philippines, Diliman, Quezon City this Friday, April 9, at 7 p.m.