JC de Vera gears up for a busy year with TV5 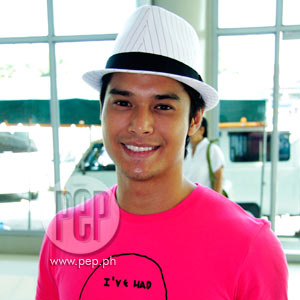 JC de Vera has been so busy since moving to TV5 last month that he barely has time to go out with old friends to unwind and relax.

The young actor—whose career was in limbo during manager Annabelle Rama's feud with GMA-7 executive Wilma Galvante—is not complaining though.

JC said he's not bothered by the competition imposed by the two giant networks. While keeping up in step with the rivals is essential in the business, JC appreciates TV5's "calm" working environment without necessarily sacrificing its competitive edge.

GRATEFUL AND TENSE. If work assignments came sporadically for JC last year, 2010 is shaping up to be the complete opposite based on the projects being lined up for the young actor by his new home studio.

JC—who is seen in the comedy sitcom Lokomoko U and the Sunday noontime musical-variety show P.O.5—is currently busy preparing for a drama anthology series and if plans push through, an action-fantasy program.

The drama anthology, according to JC, is reminiscent of the one he did with his former home network in 2008.

The "premiere matinee idol" tag accorded to him by TV5 has also stirred mixed emotions in JC.