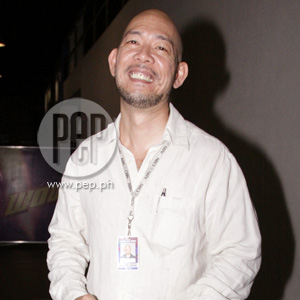 It was reported last Tuesday, July 27, that the show will be called Pilipinas For the Win! Why the was the name changed? "Yung ika nga'y dulas sa dila. So, mas madaling sabihin, mas madaling i-record. Mas madaling tandaan," explains Jay Montelibano, the business unit head of Pilipinas Win na Win!.

Montelibano spoke today, July 29, on the set of the new noontime show to give the selected press, including PEP (Philippine Entertainment Portal), a brief primer.

He said Wowowee's popular segments like "Willie of Fortune" and "Hep Hep Hooray" will be scrapped.

"They will go, talagang panibagong segments. So, wala na po yung dating segments na nakikita natin," said Montelibano, who is also the business unit head of Wowowee. "The set will stay. It's the game segments that will see really total change."

But the million peso prizes, unarguably a big factor in Wowowee's popularity, will be retained. The methods of doling them out to contestants, however, will be bigger than before.

NEW HOSTS. Another new factor is the introduction of new main hosts Kris Aquino and Robin Padilla. Why were they chosen?

"We know of course Kris as being the Media Queen, and bihasa na siya sa pagho-host ng mga ganyang palaro. Robin has the charisma. It would actually be an interesting combination. Iisa kasi yung adhikain nila, yung mapasaya yung tao. So both have the heart. Both have the passion. Very very interesting to see the mix," he said.

"Silang tatlo naman, they're tried and tested already. We'd seen, of course, Mariel host other shows other than Wowowee. And they really complement and play a good support role for the two," he explained.

Other retained hosts are Bentong and Saicy Aguila. Wowowee's dancers will also return.

But who's out? Sadly, RR Enriquez, Carmen Soo, Kelly Misa, Jed Montero, and Isabelle Abiera have been served walking papers.

"Sila yung from old Wowowee na hindi nakasama sa new. We also have to balance it, e. Too many hosts din with nothing to do would also be...di ba?" Montelibano said.

Montelibano also explained how the new segments will be divided among the new hosts—both Kris Aquino and Robin Padilla deserve top billing.

READY FOR SATURDAY. Montelibano said it was only last Tuesday, July 27, when he was informed that they have to launch a new noontime show on Saturday. Nonetheless, he's confident that they will make it.

Robin did his rehearsal this afternoon, and Kris will do hers tomorrow, July 30. Kris is currently on vacation in the United States, and she is scheduled to return to the country tomorrow at 4 a.m.

"Nakausap na po siya," Montelibano said of Kris. "Nasabihan na po siya, so she also gave her inputs, her builds on the segments. Makakausap ko po siya tomorrow, so we'll be having our own briefing sa kanya."

Montelibano also gave a preview of the Saturday launch.

"Piolo [Pascual] will be there, Martin [Nievera] and Gary [Valenciano], Kuya Boy [Abunda]—kakaiba yung gagawin niya. He'll also lend support. Close friends of both Kris and Robin will be here, yung iba will be surprised. It will be a star-studded launch," he promised.

What future does he see for this new noontime show? Will it also be popular even abroad, like Wowowee?