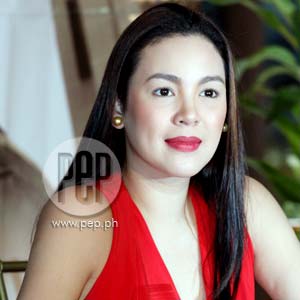 Atty. Joji Alonso, legal counsel of actress Angelica Panganiban, has sent a final demand letter to Claudine Barretto (in photo) in connection with the latter's "false accusations" and "grave threats" against Angelica.

"We are writing on behalf of our client, Ms. Angelica Panganiban.

"Our client referred to us the matter of your making false accusations against her in print, television and internet media, as well as your acts of making grave threats against her life and well-being.

"In particular, we have gathered that you posted on your Twitter Account about a traitor friend, who has allegedly been saying malicious things about you and your family. In a subsequent interview, you identified the person you were referring to in your "tweets", to be Ms. Panganiban. You likewise accused Ms. Panganiban, in your other interviews, of spreading rumors that you are having an illicit affair with a certain Mr. Martin Castro and that Ms. Panganiban is out to ruin Mr. Derek Ramsay and Mr. Castro's friendship. You further accused Ms. Panganiban of spreading rumors that Mr. Castro is a drug-addict.

"Contrary to your baseless accusations, our client has not done any of the things you have accused her of. She has not committed anything wrong, much less, maligned you or any member of your family. On the contrary, it is our client who is being maligned by your unfounded accusations. You have placed our client's reputation and good name in a bad light, in the eyes of the public. Your malicious statements have unduly exposed our client to public hatred and contempt and have caused derogatory feelings against her.

"We have further gathered that on 8 August 2010, you called Ms. Panganiban and threatened her in this manner, "[P]apatayin kita. Wawasakin ko mukha mo. You don't deserve to live. Suntukan tayo ngayon na." You likewise conveyed this threat against the life of Ms. Panganiban to no less than Ms. Mariole Alberto, Head of Star Magic, when you said "Wawasakin ko ang mukha niya pag nagkita kami Tita."

"Your threat against the life of our client, which was not made in jest, is a grave threat punishable under our penal laws.

"Let this, therefore, serve as a FINAL DEMAND on you to immediately cease from making any more false accusations and damaging remarks against our client, and to stop threatening her life and well-being.

"We likewise hereby demand a retraction from you of your libelous and slanderous statements, to correct the negative impression created in the minds of the people who have read or heard your statements against our client. Should you fail to do so within seven (7) days from receipt of this letter, we shall be constrained to take whatever legal action necessary to protect the interests of our client.

"We trust that this merits your preferential attention.