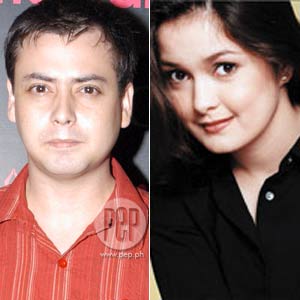 Their marriage over, former love team Dino Guevarra and Kim delos Santos are ready to start a new life—separately.

Six years ago, their much-publicized marital woes broke the hearts of fans.

In a segment interview with Showbiz Central aired yesterday, September 12, Dino opened up about his past relationship with Kim.

Kim, who is now based in the United States, gave her own thoughts in a separate phone interview: "When you're young and in love, kaya mo magmahal ng iba, pero nakakalimutan mo na ang sarili mo. I guess that's what happened to us."

Narcissistic personality disorder, according to psychcentral.com "is characterized by a long-standing pattern of grandiosity (either in fantasy or actual behavior), an overwhelming need for admiration, and usually a complete lack of empathy toward others. People with this disorder often believe they are of primary importance in everybody's life or to anyone they meet."

THE ANNULMENT. Having gone their separate ways, Dino filed for an annulment of their marriage.

There were delays as Kim had moved by then to New Jersey, USA.

In a phone interview with Showbiz Central, Kim said: "The process took a while... Finally, may closure. In a way, natuwa ako kasi I can start over."

MOVING ON. Now that the annulment is final, Dino is focusing on starting a new life.

Dino, however, said he was open to being friends with his ex-wife.

Kim, on the other hand, said: "Siguro hindi naman kami gigimik na parang close kami. Civil, yeah. As to the future, who knows?