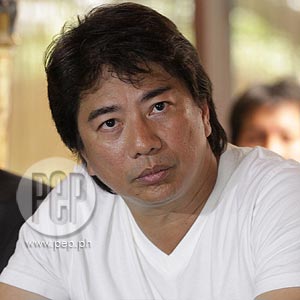 ABS-CBN is reminding Willie Revillame that he still has contract obligations with the Kapamilya network.

In a statement released today, September 15, the Kapamilya network confirmed that it had filed a reply to Willie's motion to confirm the cancellation of his contract with ABS-CBN, which will expire on September 2011. (CLICK HERE to read related article.)

The Kapamilya network issued the statement after reports came out about Willie's upcoming show with TV5, reportedly set to start next month.

The rift between Willie and ABS-CBN started last May when the TV host threatened to resign if the network did not let go of Kapamilya talent Jobert Sucaldito.

Jobert reportedly made comments about Wowowee contestants on his radio program which offended Willie. (CLICK HERE to read related article.)

Prior to the formal complaint he filed at the Quezon City Regional Trial Court last August 23, Willie sent a letter to ABS-CBN asking its executives to let him go. (CLICK HERE to read related article.)

ABS-CBN, on the other hand, said Willie had violated "behavioral provisions" in his contract and didn't have the right to end the contract on his own.

Other TV networks were warned about Willie's existing contract with ABS-CBN.

Despite legal issues with his former mother network, it has been reported that Willie is busy preparing for his new show on TV5 tentatively titled Wiling Willie Kami. (CLICK HERE to read related article.)